More in The Disappearing Benders 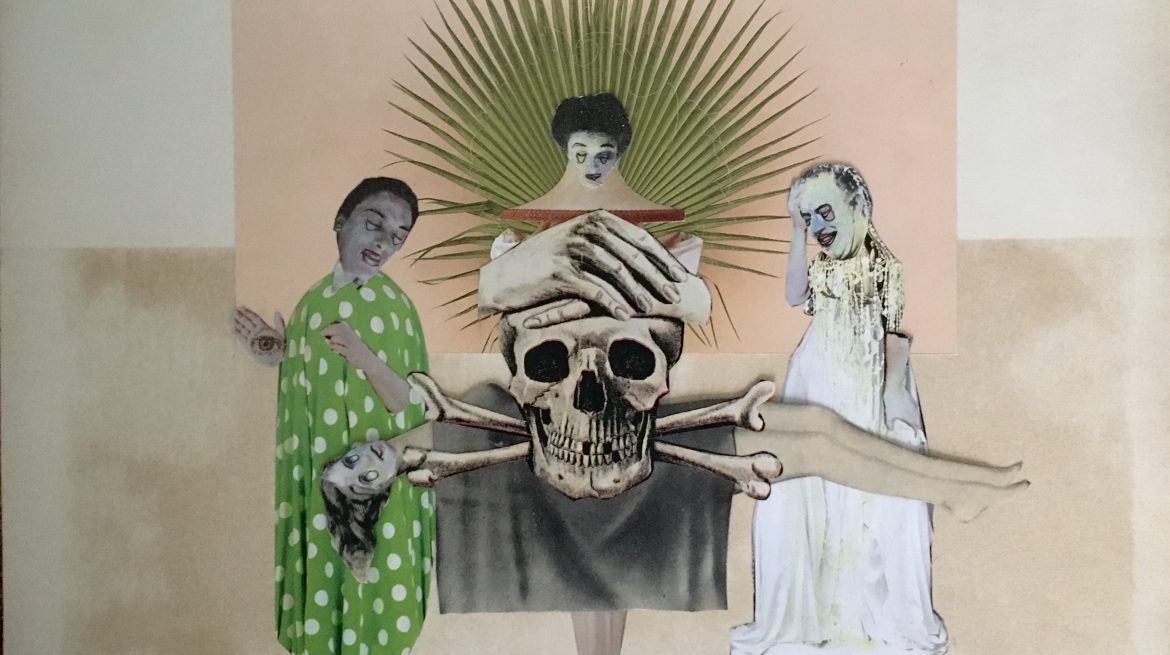 An elegiac title and a farewell…

Piecing together a story, fitting a narrative to something long gone. Time has past, the evidence is scant and speculation rife. An allegory of creation via the sensational story of the Bender family, the ‘Bloody Benders’, a family of serial killers who set up a wayside cafe in rural Kansas in the 1870’s and killed and disposed of at least a dozen weary travellers before their crimes were discovered and they vanished into the anonymity of the city. And simultaneously into the undying notoriety of the horror-story. Their house was to be dismantled brick by brick by souvenir hunters, after all. And Laura Ingalls Wilder, creator of the very differently textured world of ‘Little House on the Prairie’ said she had visited the inn and claimed her father was one of the vigilantes hunting the missing Benders. A bizarre and possibly incestuous family that used the promise of food and refreshment to lure strangers, and the detectives sent in search of them, into this two-room shack where a Sweeney Todd chair tipped them through a trapdoor down into death in the cellar.

In his tribute to these monsters Jay Cloth offers a range of images that are gorgeous, witty, macabre, and often all at once. Lucid and poised, seductive and sinister, using the simplest of means – severed heads, kitchen utensils, angels’ wings and negligees, he shows us dismemberment as a creative act.

Faintly visible under some of the collages, is another ‘found’ material, further evidence if you like – children’s crayon doodling, struggling to make sense of a baffling adult universe, underlining the darkest and at the same time the most mundane aspect of this story. The murders were a group effort, with (it can’t be disproved) maybe the purest of motives: as Spiritualists the family was dispatching its victims into the glorious afterlife, where as spirits they would continue endlessly to evolve. Never mind the incest – it’s the strongest of god-fearing family values that are being upheld. (The family that prays together slays together?) These collages fastidiously constructed with a sureness of hand that Dr Frankenstein might envy bring murder triumphantly back – Hitchcock said it – into the home where it belongs. 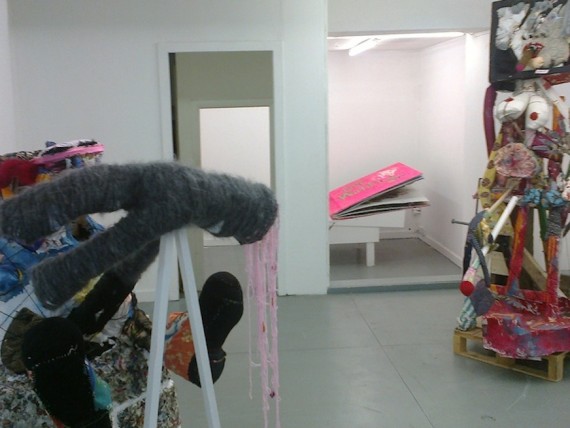