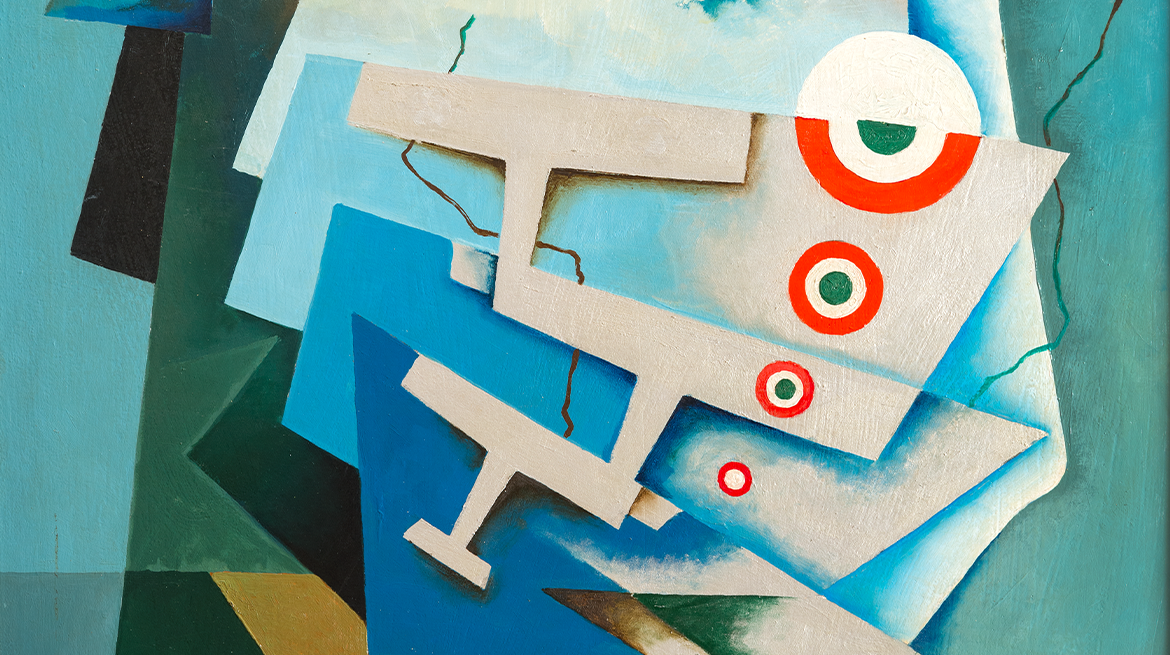 For Tullio Crali (1910-2000) Futurism was not just a school of painting, but an attitude to life itself. Reflecting the movement’s enthusiasm for the modern world, his imagery embraced technology and the machine as important sources of creative inspiration. However, with its particular focus on “the immense visual and sensory drama of flight”, Crali’s work is most closely associated with the genre of ‘aeropainting’, which dominated Futurist research during the 1930s.

Crali discovered Futurism when he was just fifteen years old. An immediate convert, he officially joined the movement in 1929 and quickly developed his own distinctive interpretation of its artistic principles. Despite incorporating recognisable details such as clouds, wings and propellers, Crali’s thrilling imagery challenged conventional notions of realism by means of its dynamic perspectives, simultaneous viewpoints and powerful combination of both figurative and abstract elements.

As a result of his talent, versatility and unshakable commitment to Futurist ideas, Crali swiftly became one of the movement’s key representatives. He continued to be its staunchest advocate during the post-war era, remaining faithful to Futurism’s aesthetic tenets throughout his life.

Featuring rarely seen works from the 1920s to the 1980s, this exhilarating exhibition covers every phase of the artist’s remarkably coherent career, including iconic aeropaintings, experimental works of visual poetry and mixed-media reliefs, as well as examples of ‘cosmic’ imagery dating from the 1960s, inspired by advances in space exploration. Also featured are a large number of Crali’s famous Sassintesi: enigmatic compositions of stone and rock, ‘sculpted’ by natural forces.

oin us for a First Thursdays late opening night and a tour at 19.00 of Tullio Crali: A Futurist Life with co-curator Christopher Adams.

The tour is free with an admission ticket purchased on the same day.

In conjunction with the First Thursdays late opening, the Estorick Collection and Estorick Caffè will be open until 21.00. 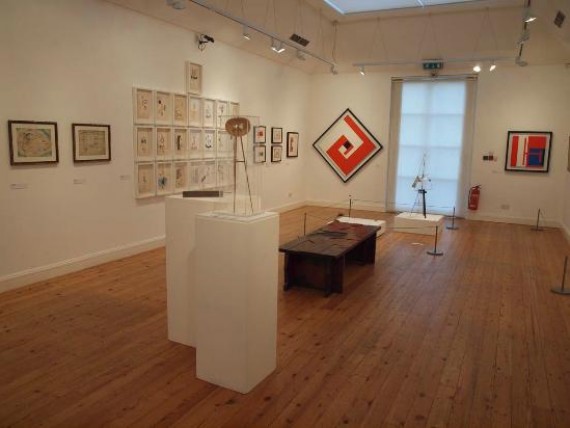 Facebook Twitter
Further to government guidance and in line with Tier 4 restrictions, Whitechapel Gallery is temporarily closed.CloseRead our full statement