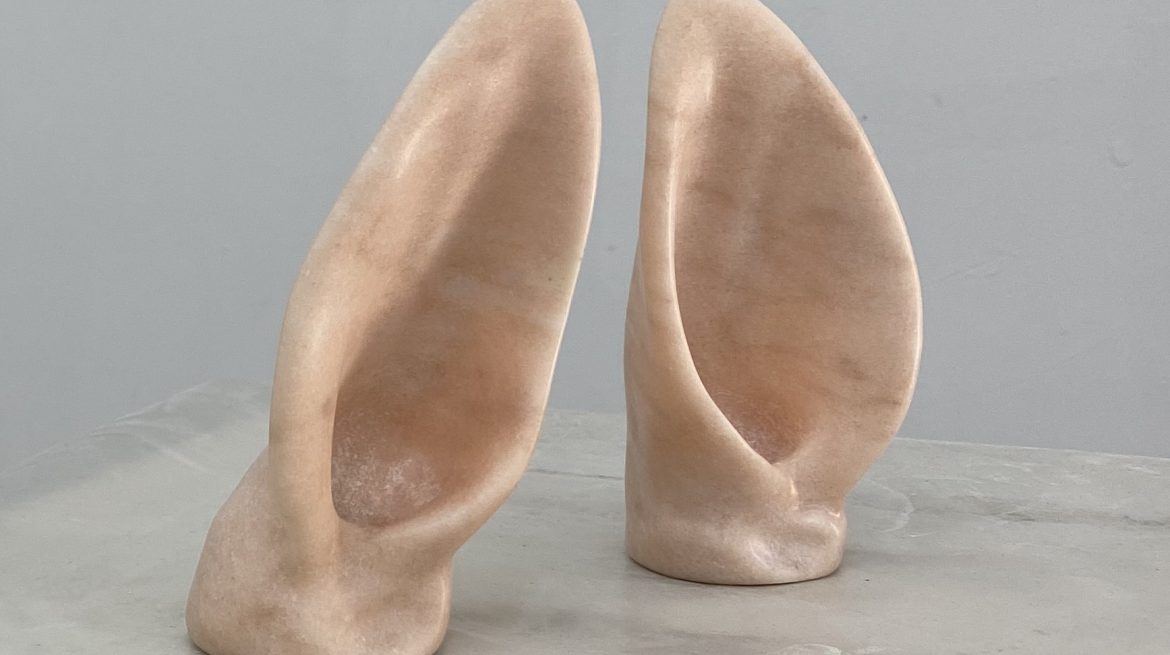 It is a beautiful day, and even this First Thursday, there is plenty of stuff happening in the East End!

Our starting point is at Whitechapel Gallery with the newly inaugurated show Zadie Xa: House Gods, Animal Guides and Five Ways 2 Forgiveness, in Gallery 2. For her largest solo exhibition in London to date, Korean-Canadian artist, Zadie Xa (b.1983) presents a new body of work commissioned by Whitechapel Gallery. Xa creates an ambitious installation where sculptures, textiles and paintings act as ‘tricksters’ and ‘shapeshifters’ in and amongst a large-scale fabric structure that is inspired by a traditional Korean home known as a hanok. Immersive lighting and audio transform the gallery’s historic architecture into a dreamscape that suggests ideas of liminality and transience.

After visiting Whitechapel Gallery, the walk leads to the very nearby gallery Union Pacific for the exhibition Mantegna’s Dead Christ by Oliver Osborne. Oliver is known for his paintings based on studies of rubber plants. At Union Pacific, you will have the chance to see his studies of plant anatomies painted in different gradient shades of blue, beige and turquoise reminiscent of hues from early 19th-century French art alongside a series of enigmatic portraits such as Michel Majerus (from the Albrecht Fuchs photograph) characterised by subtle tweaks of composition and chiaroscuro.

From here, the walking route heads to Rose Easton for S N I T C H, the debut exhibition by Solomon Garçon (b.1991, London). His practice deals with the mythical underground, technology and the ‘textualised body’. Garçon’s sonic, sculptural and performance works explore how fiction can inform reality and how bodies can become a transformative tool to propel our individual and communal potential.

The last stop of today is Soft Opening. The gallery is opening in mass and feeling, the second solo exhibition by Nevine Mahmoud at the gallery. Nevine Mahmoud (b. 1988, London, UK) lives and works in Los Angeles and is known for her catchy and larger-than-life sculptures resembling body parts. Her most recent solo exhibition MATRIX 188 was held at Wadsworth Atheneum Museum of Art, Hartford, Connecticut (2022). Prior to this, Mahmoud opened her first institutional solo exhibition at the Los Angeles Municipal Art Gallery, Barnsdall Art Park, Los Angeles. Recent exhibitions also include perfectly round, as we left them at the Fondazione Arnaldo Pomodoro in Milan alongside Margherita Raso and Derek MF di Fabio (2021); foreplay II at M+B, Los Angeles (2021) and bella donna at Nina Johnson, Miami (2019).