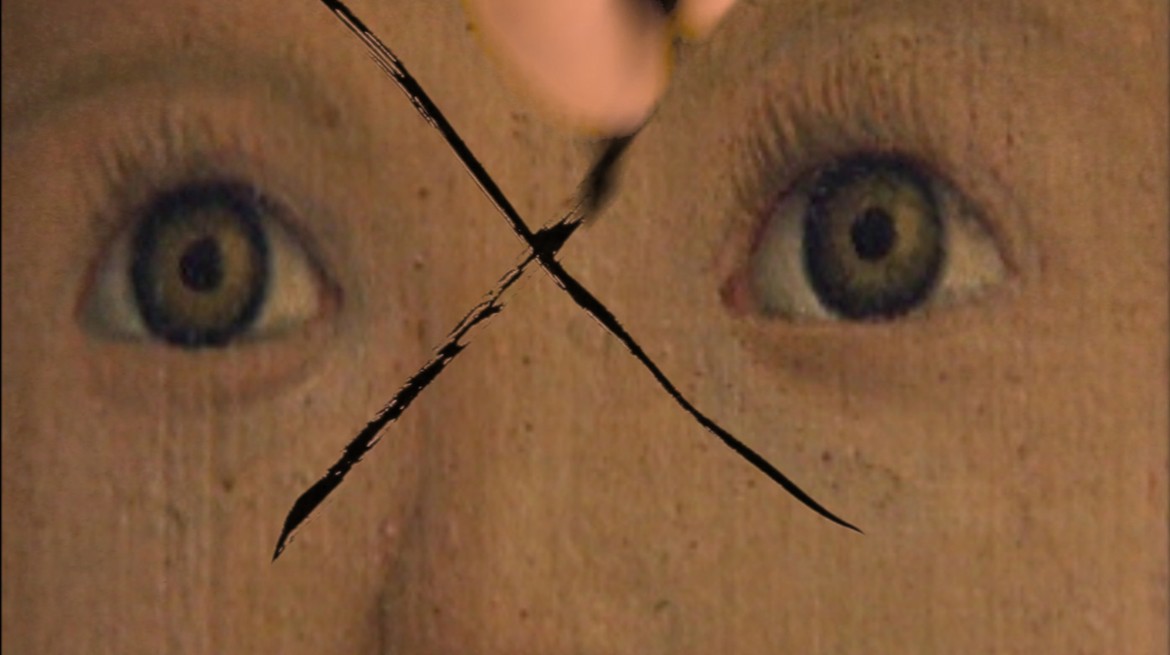 In 2012 London Art Book Fair announced Ed Atkins as Writer in Residence at the Whitechapel Gallery. Atkins populates his videos and texts with sickly substances, ethereal metaphor, high definition terrains and digital, fuming tones – examining the possible dialogues between contemporary technologies of representation and the material body and its immaterial imaginings. Unsettling slippages between presence and absence are felt both in the densely layered imagery of his digitally produced film works, and linguistically, in the hyper-real intimacy of his writing.

From September 2012 to September 2013, Atkins adopted the position in the guise of a ‘critical parasite’. He proposes: ‘The cogent analogue for my residency at the Whitechapel will be that of a tumour: the gallery performing as the corporeal host – the writer dressed in some kind of teratoma drag’.

Over the course of the year he investigated how language might leave behind its symbolic order, and become matter on and in bodies, cultures and institutions. His actions interrogate what kind of hospitality is extended to an artist and whether it is possible for a residency to affect an institution and its visitors in a material way – as much as it might the perspiring resident.

Beginning by taking on the (at least) ambivalent role of a tumour, Atkins metastasised the Gallery’s public programme through performances, conversations, screenings and writings. Could ‘tumouring’ be posited as a productive and creative form of institutional critique?

To inaugurate his residency at The London Art Book Fair, Ed Atkins published an online ersatz library of his works, and presents a solo display of the work of Gilbert Sorrentino, the late American writer of experimental fiction, poetry and criticism. On Sunday 23 September 2012 Atkins screened a selection of his works and introduced his ideas and thoughts for the year in conversation with Gareth Evans, Adjunct Film Curator.

Ed Atkins was born in 1982, in the United Kingdom. Recent solo projects include Tate Britain (2011), Cabinet Gallery (2011), both London, and Bonn Kunstverein (2012); recent group exhibitions include ‘A Dying Artist’, ICA, London (2011), ‘Time Again’, Sculpture Center, New York (2011), ‘An Echo Button’, with James Richards and Haroon Mirza, for Performa 2011, and ‘Weighted Words’ at 176, London (2012). He was shortlisted for the Jarman Award, 2011 and is a winner of the inaugural ‘Tomorrow Never Knows’ Film and Video Umbrella film commission (2012). He will present solo projects at Isabella Bortolozzi Galerie, Berlin, Temple Bar Gallery, Dublin and MoMA PS1, New York in the coming months, and his exhibition ‘Us Dead Talk Love’ runs at the Chisenhale Gallery from 21 September until 11 November 2012.

Throughout his year-long residency, Ed Atkins will organise a series of events and deliver missives researching the status of language as a generative effect – on bodies, cultures, matter and institutions.

The cogent analogue for my residency at the Whitechapel will be that of a tumour: the gallery performing as the corporeal host – the writer dressed in some kind of teratoma drag.
The analogy of the tumour will inflect the residency with a particular, negatively-charged ambivalence: the purpose and outcome of the residency will remain uncertain – if not fatalistic, certainly critical.
The tumour, verbalised – as noun made verb – will engender a kind of exceptional state of reflection and criticality; the institutional corpus in crisis, diseased, ‘tumoured’.
‘Tumouring’ will be posited as an active kind of institutional critique: an aggressive take-up of the hospitality and bonhomie that a contemporary art establishment extends.
[…]
A kind of ignorant, umpteenth-generation magick performed metabolically. Scoffing words.
A critical parasitism proffered as an alternative kind of relation. –Or means of living.
The churned-up seabed of certain metaphors.
Intimacy always-already countered by membranous limit.
A corruption of language and consequently of self. As in, a corruption that finally comes to bear, justly, upon the corruptor.
A lucid demand for affective autonomy from within those assimilating systems – nervous, digestive, capital.

Click here to visit Ed Atkins Tumbler for this project 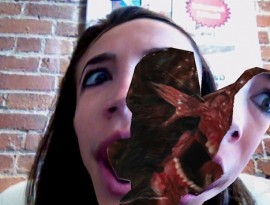