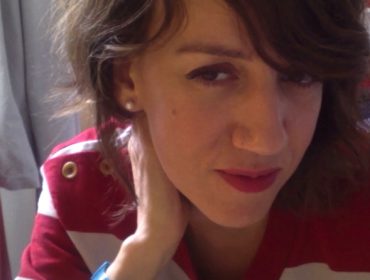 Dr Natasha Adamou is an art historian specialising in contemporary art, covering sculpture, intimacy and the public space; art and the postindustrial city; and exhibition histories. Natasha is Senior Lecturer and Stage Leader at the BA Culture, Criticism and Curation, Central Saint Martins, UAL. Prior to this post, Natasha was the Henry Moore Foundation–British School at Rome Fellow in Sculpture (2015-16) and Early Career Research Fellow at the Kingston School of Art, London (2015-18). She has published essays on the work of Gabriel Orozco in the Sculpture Journal (Liverpool University Press), and in Sabotage Art: Politics and Iconoclasm in Contemporary Latin America (I.B.Tauris). Natasha is currently working on a book on reconstructing exhibitions from the past that will result in the publication of an edited volume with Routledge (2021). 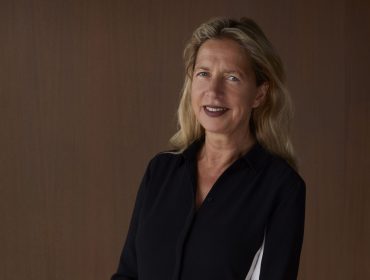 Iwona Blazwick has been Director of the Whitechapel Gallery, London since 2001 and is a curator, critic and lecturer. Formerly at Tate Modern and London’s ICA, as well as being an independent curator in Europe and Japan; recent curatorial projects include William Kentridge: Thick Time (2016), Thomas Ruff Photographs 1979-2017 (2017), Mark Dion: Theatre of the Natural World (2018) and Michael Rakowitz (2019) at the Whitechapel Gallery, Carlos Bunga: The Architecture of Life at MAAT, Lisbon (2019), The Palace at 4am a group show at the Archaeological Museum Mykonos (2019) and Sight a solo show with Antony Gormley and the Neon Foundation on the Island of Delos (2019). Blazwick has written monographs and articles on many contemporary artists, published extensively on themes and movements in modern and contemporary art, exhibition histories and art institutions, and is series editor of Whitechapel Gallery/MIT Documents of Contemporary Art 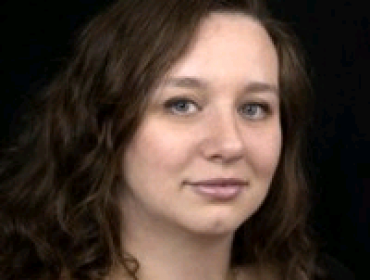 Janine Catalano has spent fifteen years in development in the art and higher education sector, having worked at the Courtauld Institute of Art, the Royal Academy, City & Guilds of London Art School and the University of Pennsylvania. Her experience encompasses relationship management, events and fundraising, working with stakeholders including alumni and patrons, corporate supporters, trusts and foundations and statutory funders. Additionally, Janine is an art historian with a particular interest in food in modern and contemporary art, and has taught, written and lectured on the subject, as well as designing and delivering culinary cultural events. 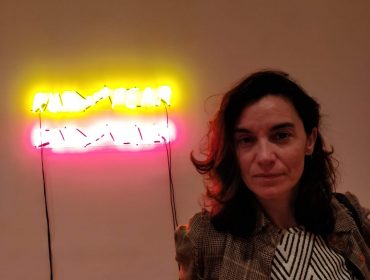 Maria Iñigo Clavo is a researcher, curator and lecturer at the Open University of Catalonia. Her research interests are coloniality, curatorship, museology, modernity and its inventions of otherness, untranslatability and art in Latin America. Co-founder of the independent research group Peninsula in collaboration with Reina Sofía Museum. She has been a visiting fellow and Associate Lecturer at the Afterall (2015/2017), Postdoctoral Fellow for the AHRC project Meeting Margins (University of Essex), and University of São Paulo (2013-2016). She has written for publications such as e-flux, Third Text, Afterall, Stedelijk Journal, Museum of Art of São Paulo, Fran Hals Museum/De Hallen Haarlem, Valiz, L’international or Reina Sofía Museum. She has been the editor of issue # 7 (2017) of the journal Re-visiones entitled: Is it possible to decolonize? and volume 19 of journal Art in Translation, University of Edinburgh (Taylor & Francis/Routledge). 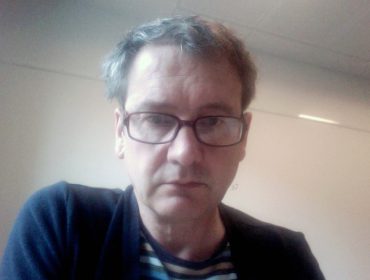 Geoff Cox, PhD, is Associate Professor in the School of Arts and Creative Industries at London South Bank University and co-Director of the Centre for the Study of the Networked Image. He is also Associate Professor in the School  of Culture and Communications at Aarhus University (DK), currently engaged (with Jacob Lund) on a research project The Contemporary Condition funded by The Danish Research Council. As part of this, he published The Contemporary Condition: Introductory Thoughts on Contemporaneity and Contemporary Art (with Jacob Lund), the first in a series of small co-edited books published by Sternberg Press (2016-). He has a research interest in software studies, network culture, contemporary aesthetics and image politics, expressed in numerous publications and collaborative projects. 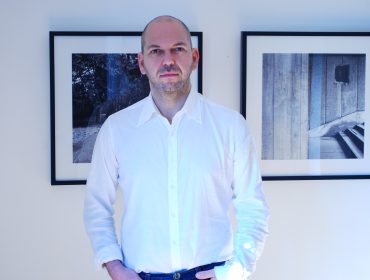 Vassilios Doupas is a curator and writer. Until recently, he was Curator of Programmes at the Contemporary Art Society in London. During his tenure, he organised a series of high-profile events including the 2019 Frieze Curatorial Summit (with Frieze Art Fair), a conference on public art (with the British Art Network and Tate Modern), a series of study days on the digital (with The Serpentine Galleries). At the CAS, he was also in charge of the programme for individual patrons that support the organisation. Previously, Vassilios was Head of Fundraising at the Athens Biennial. He has held senior positions at contemporary galleries in the UK, Greece and Turkey and his writing has appeared in Art Monthly, Flash Art and The Art Newspaper (Greece). Drawing on his market and curatorial knowledge, he advises on art acquisitions and works with seasoned and young collectors to shape and refine collections. 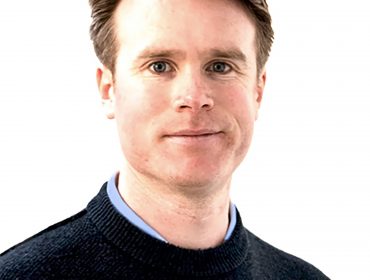 Joseph Jones, MA RCA, is an art historian based in Sussex. His research focuses on 20th and 21st-century visual art, with a particular focus on modernism, exhibitions and cultural infrastructures. He is currently programme leader in Art and Contemporary Craft at West Dean College (- 2018), having held similar positions at the University of Brighton and the University of the Arts London. His work often involves collaboration with museums, galleries and archives, and he has contributed to lecture programmes, commissions and exhibitions at the White Cube, Stedelijk Museum, Cal Arts and the Frieze Foundation. He is the recipient of fellowships and awards from the Arts and Humanities Research Council (2018), the European Cultural Foundation (2014), Erasmus Mundus (2008) and the Fulbright Commission (2006). 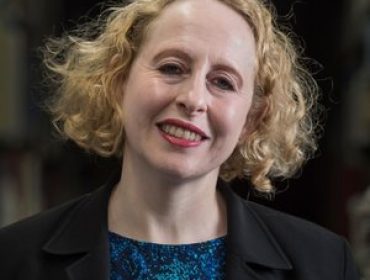 Naomi Korn is one of UK’s leading experts in copyright, data protection and licensing supporting artists and cultural heritage organisations. She is the founder and Managing Director of Naomi Korn Associates www.naomikorn.com Naomi is a visiting lecturer at University College London, the Kingston University Business School and City University. She is a CREATe Industry Fellow and an advisor on the  National Lottery Heritage Fund Advisors Network. Together with Charles Oppenheim and Adrienne Muir, Naomi co-authored Information Law: Compliance for Librarians, Information Professionals and Knowledge Managers, published in 2020.  In November 2020, Naomi was awarded the prestigious CILIP KM&I Walford Award for her outstanding contribution to Knowledge and Information Management. 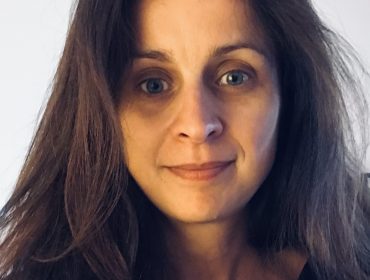 Jenny Lea, Director of Communications, joined the Whitechapel Gallery in 2015 and has worked for 20 years in arts communications in London and internationally. Her experience spans both not-for-profit and commercial sectors, including The National Gallery, Tate and Phaidon Press. At the Whitechapel Gallery she leads the organisational audience development strategy and manages the Communications team who deliver all digital activity, media relations, advertising and design. 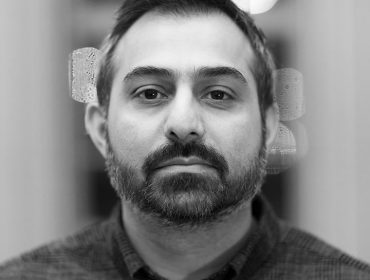 Sunil Shah is an artist and writer. He is a PhD candidate at Central St. Martins, University of the Arts London (UAL) researching art and exhibition histories with a particular focus on Okwui Enwezor’s Documenta11 (2002). His work centres on the visual document, photography and the archives with an interest in analysing their role in relation to postcolonial theory, political science and black studies. He is Associate Lecturer at UAL on BA Photography, MA Photography and MA Photojournalism and Documentary Practice at London College of Communication and Associate Lecturer on BA Photography at University of the Creative Arts, Farnham. Since 2015, he has been Associate Editor of American Suburb X online visual culture platform and has made contributions to FOAM Magazine, Source Magazine, The Eyes Magazine and FOMU Extra. 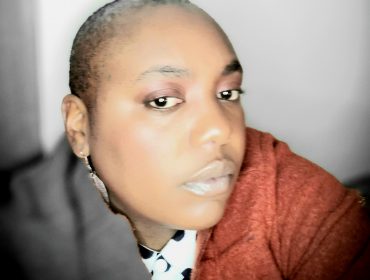 Ego Ahaiwe Sowinski is an archivist and mixed media artist currently pursuing a PhD at Chelsea College of Arts (UAL / Tate Britain). Her doctoral research places much needed critical attention on Jamaican born sculptor Ronald Moody. She holds an MA in Archives and Record Management, International (UCL). She is a member of the Afrofeminist Transatlantic Collaboration which maps and archives the cultural resistance of Black feminist artists in the UK and the Twins Cities and archivist for the Rita Keegan Archive Project. Her practice aims to develop collective, collaborative, archival strategies in relation to physical space, environment, the public and the personal in relation to the African Diaspora. 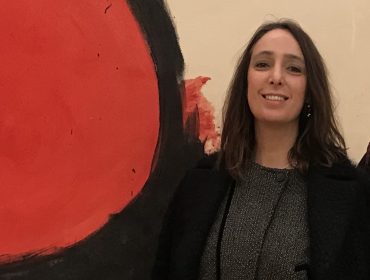 Sofia Victorino is a researcher and curator, and the former Daskalopoulos Director of Education and Public Programmes at the Whitechapel Gallery (2011-2021) where she lead a programme of artists’ residencies and commissions; community projects; public programmes, performance and film. Selected curatorial projects and commissions included artists Mikhail Karikis (2018), Emanuel Almborg (2017), Samson Kambalu (2016), Rivane Neuenschwander (2015), Luke Fowler and Mark Fell (2015), Peter Liversidge (2015), Bart Lodewijks (2014-15), Francis Upritchard (2014), Fraser Muggeridge (2014), Heather and Ivan Morison (2013), Theaster Gates (2013), Claire Pentecost (2013), and the collective Assemble (2017). Sofia is on the Advisory Committee for the William Townsend Memorial Lecture Series at the Slade School of Fine Art; and on the advisory board for the Documents of Contemporary Art series, co-published by Whitechapel Gallery and The MIT Press. She has lectured on the MA Curating the Contemporary (London Metropolitan University) and the MA in Contemporary Art and Education (Goldsmiths). Previously Head of Education and Public Programmes at Serralves Museum of Contemporary art, Porto (2002-2011), her research interests focus on art, social practice and decoloniality. 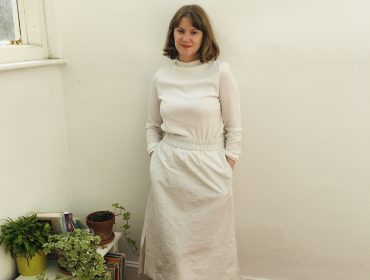 Jennifer Warren is a researcher and lecturer, interested in the interactions between art institutions and social movements. She is currently based at Central Saint Martins as an AHRC funded PhD candidate within Afterall Research Centre. Her PhD focuses on the case study of Museu D’Art Contemporani Barcelona, through which broader experiments in ‘radical museology’ of the 2000s are critically evaluated. The emergence of so-called ‘progressive’ institutions and their increasing identification with activism, ‘militant research’ and ‘Theory’ are of particular interest. She is a Visiting Lecturer at Central Saint Martins, and has taught on various courses including BA Fine Art and BA Culture, Curation and Criticism. 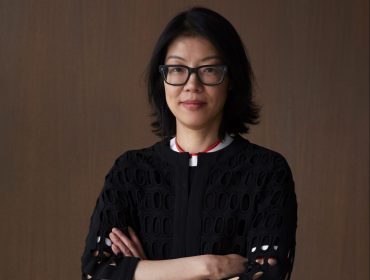 Lydia Yee has been Chief Curator at Whitechapel Gallery since 2015 where her most recent exhibitions include Radical Figures: Painting in the New Millennium (2020) and Is This Tomorrow? (2019). Her research interests include the intersection of art and social and cultural histories and cross-disciplinary practices in contemporary art. Yee has previously held curatorial positions at Barbican Art Gallery, London, and the Bronx Museum of the Arts, New York. She also co-curated British Art Show 8 (2015-16) and Frieze Talks (2018–19). 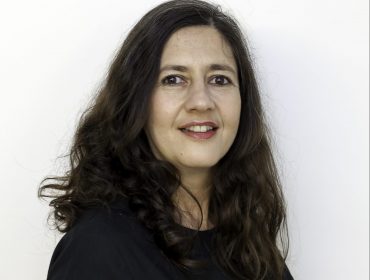 Nayia Yiakoumaki is Curator and Head of Curatorial studies at Whitechapel Gallery, where she has developed an innovative programme of exhibitions based on archives.
Yiakoumaki devises the NEON Curatorial Exchange & Award, which fosters professional relationships for curators, founded by NEON organization. From 2016-2017 she co-directed the Athens Biennale as Director of Research and International Networks. She is on the committees of the board for Wroclaw Contemporary, Poland; Women’s Art Library, UK and is a Trustee at Matt’s Gallery, UK.
Yiakoumaki has curated a number of successful exhibitions including John Latham: Anarchive (2010), Rothko in Britain (2012), Stephen Willats: Concerning Our Present Way of Living (2014), Guerrilla Girls: Is it even worse in Europe? (2016-2017), Staging Jackson Pollock (2018), Andreas Lolis: Prosaic Origins (2018), Queer Spaces: London, 1980s – Today (2019) and The Return of the Spirit in Painting (2020).