Art in the Heart of East London III

Over the past few weeks, we’ve been delighted to hear from so many of you about what you think art has the power to achieve. Now we’re curious to know: what do you want to see more of in the arts?

With museums and galleries around the world slowly reopening their doors, we’re seeing exhibitions, performance and festivals take on new shape. But what do you think is missing – be it different voices, new materials, opportunities or ideas?

This week we’re highlighting a few works currently on display in Radical Figures: Painting in the New Millennium that do more than add colour and intrigue to our lives. They delve into specific histories and take shape through different perspectives, encompassing art’s ability to teach, uplift, celebrate and call to action. 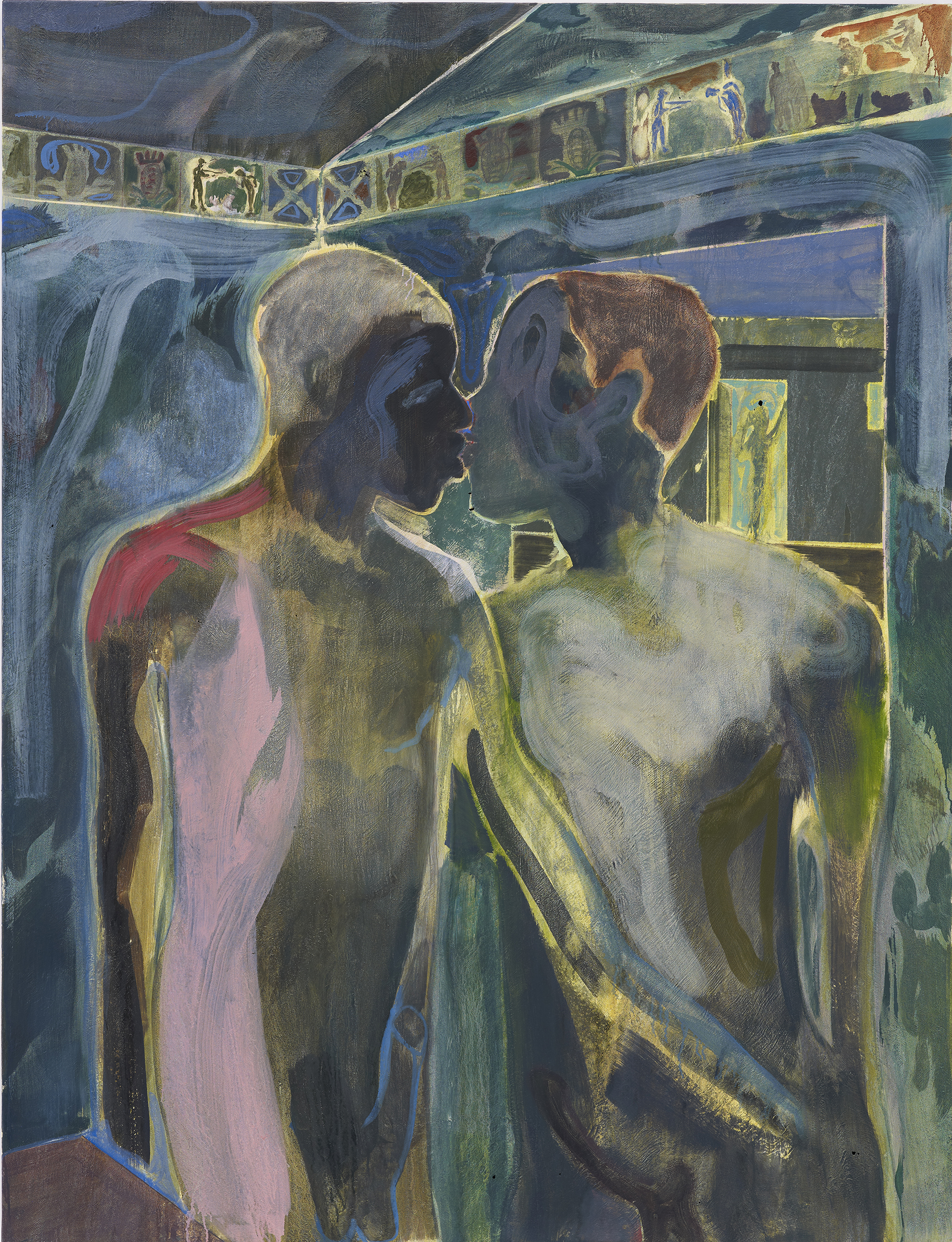 Michael Armitage’s (b. 1984, Nairobi) work explores gender, sexuality and politics in East Africa. In Kampala Suburb (2014), two men share an intimate kiss under a frieze with scenes of firing squads, evoking Francisco de Goya’s The Third of May 1808 (1814) and Edouard Manet’s series The Execution of Emperor Maximilian (1867–69). The painting is a response to the Ugandan Anti-Homosexuality Act of 2014, which had initially prescribed the death penalty for ‘offences of homosexuality’. Armitage says:

Kampala Suburb was made at the time when the Ugandan government was trying to pass some pretty draconian anti-LGBTQ+ laws. It was already illegal to be LGBTQ+, but if you knew somebody who was from the LGBTQ+ community, they wanted to make it illegal not to report them to the authorities. For this, you’d go to jail for up to fifteen years. So I wanted the painting to be located in Kampala and I thought about the suburbs because that’s where most people are. It was also important to make a tender painting that was about an ordinary scene of a couple of people in love, having a kiss before bedtime. I made the painting thinking that it would be shown in Nairobi, where we also have draconian attitudes and laws towards LGBTQ+ people, but the show fell through. 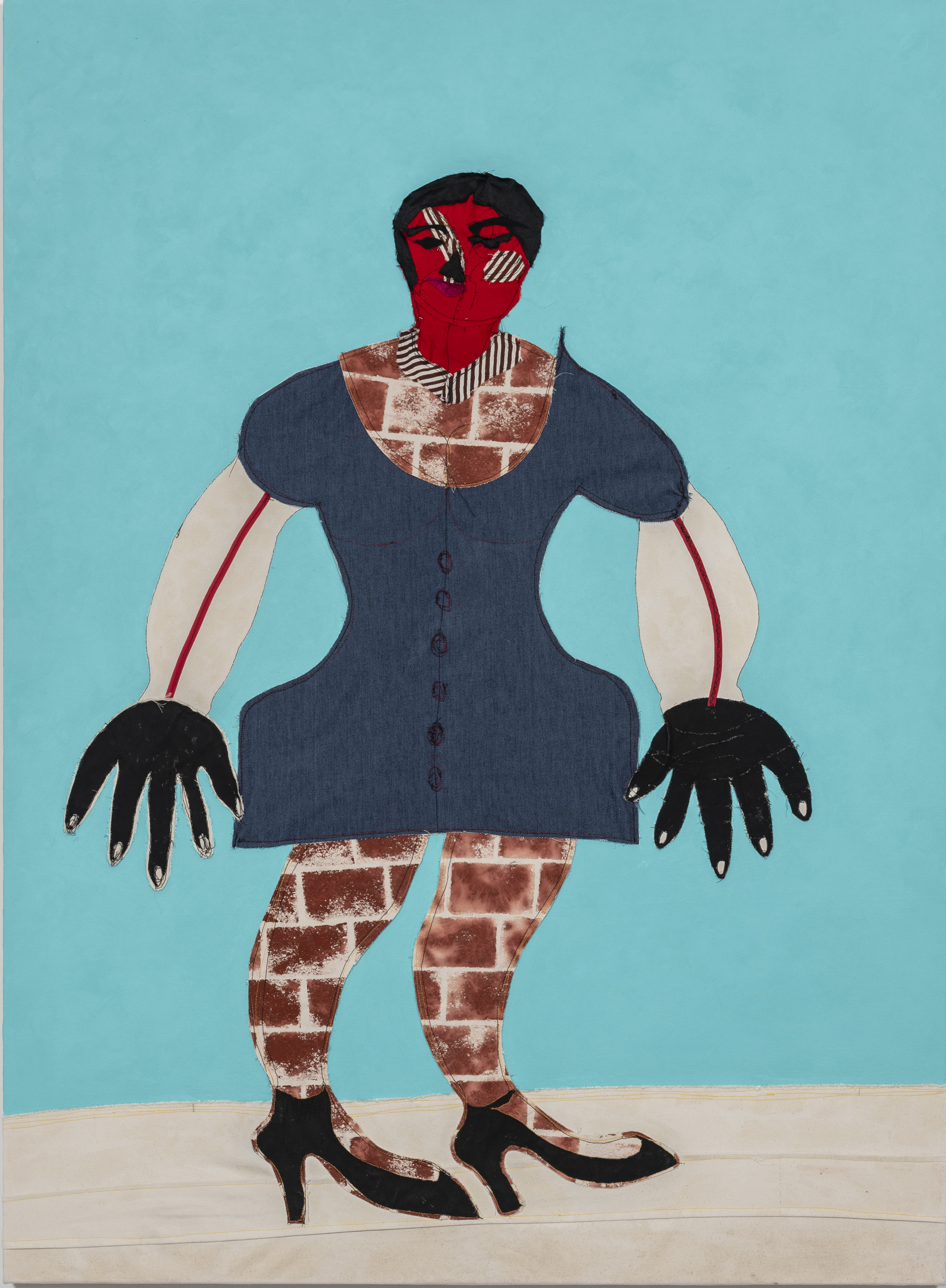 Tschabalala Self (b. 1990, New York) studied printmaking and painting at Bard College and Yale School of Art. Self depicts black figures, often female, in a bold, exaggerated and flattened style with a combination of sewn, printed, and painted materials. She learned quilt making and sewing from maternal family members and uses these assemblage and appliqué techniques to confront the stereotypical and sexualized representation of black bodies, referencing Jacob Lawrence and Faith Ringgold as artistic touchstones. Working with fabric scraps, she prefers ‘materials that are of the world because they keep that energy from their original purpose’.

Lenox (2019) embodies what the artist calls ‘avatars’ of black American experience and identity; the brickwork-patterned fabric stitches them to the urban environment of Harlem where she grew up. Self notes:

The brick wall motif was developed simply to describe a metropolitan space. The brick wall later becomes part of the body of the woman in Lenox[2019], which is an allusion to the colloquialism ‘a brick house’, referring to a curvaceous lady.