Jane Scarth (Curator: Public Programmes) interviews Pimm to discuss their practice and ambitions for the residency. 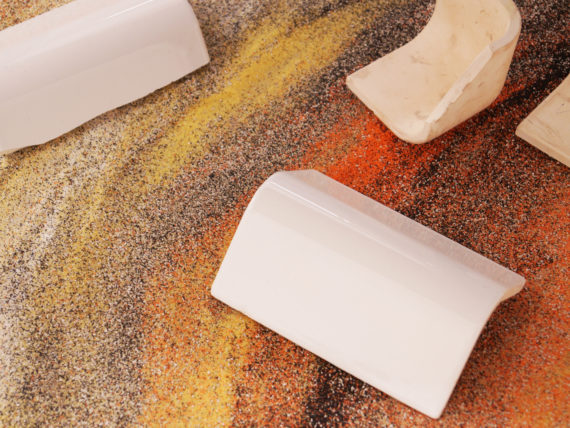 Writing is a significant part of your work, but very rarely are texts alone the ‘outcomes’ of your projects. How do you think about text and language in relation to your work?

Science-based and technical terminology are my materials. They produce hilarious analogies. I don’t have a studio practice, but the spaces I frequent operate in the arena of objects and words – archives, societies, museums, second hand bookshops, universities etc. Words seem to go here to die in dusty volumes, I can’t help but adore these books for being fixed when and where they were uttered. Words are, on the one hand, intimidating and nerve-wracking because they threaten to fix ideas that should be fluid – like the way Linneaus and his taxonomies deny species their constant evolution and symbiosis. But on the other hand, words create acts. They produce shared ideas in the minds of groups, which can in turn create actions. Words have languages, histories, consequences. Up until now, I have felt happiest using words in performance, where they exit then cannot be held onto, in case they turn out to be the ‘wrong’ ones. My written texts are either private, or become scripts for videos, where the image works as a kind of plan B. It seems too brave, too stupid, to commit to written words. One friend and writer Fer Boyd, told me in a message something I want to repeat in full, meant in reassurance to my commitment anxieties: ‘You don’t need to commit! remember words are milk ink, squid ink! Just rubbin’ sticks that set on fire the page they are one! Words and Language be authoritarian and patriarchal no more! plus can be deleted on the comp anyway! Words are worms! Worms are words!’- they say this also because they know I believe in the power of worms, who move in and out of the earth, revitalising it, taking all the shit, milling it over and making it useable again. They also told me to ‘word squirt, my one and only’, which I shall faithfully try to do, Fer.

You’re planning a trip to Ethiopia in February to visit the Danakil Depression. This will initiate your thinking for the year, for the residency and also other projects. Could you tell me a bit about why you chose this site, and what doing this kind of fieldwork means for you as an artist?

I initially saw aerial footage of this yellow green orange white landscape boiling with acid on the TV show One Strange Rock which I was binging on a plane journey with Jasmine Johnson and was fixated to go and see it myself. I am working on a longer term project – The Periodic Tables – and the current guise of this is the elemental materiality of Sulphur. Alongside Iron, sulphur is written all over this landscape. These elements reveal their characters in such a visibly active way and this affects life on earth in such a direct way – mining, archaeology, climate regulation, it’s a whole chemistry experiment happening, and that experiment is the production of earth, culture and life. When I go somewhere I can look and ask: how is this made? How does this work? You needn’t decide in advance what your data is. You can react. You can smell, ask questions, touch, listen. I’ve been following materials around factories for some time, but the earth is a much weirder, queerer and more imaginative producer than any human factory.

Morphology is one area that you’ve developed work around recently and will be building on this year. In your recent film Morpho Chemical (2018) the text interweaves the deeply personal (migraines, medication and an acute experience of the body) to the complexly scientific (neural pathways, string theory, gravitational fields). Is it important to you that you include the personal in the narratives you draw from the research?

That video I think can only function as a kind of intro to what needs to become a whole series of videos about different self-similar shapes in the natural world – the first I’m gathering, again from field visits, being hexagons. In terms of the personal, the histories I am reading in natural sciences immediately reveal their politics and point of view in relation to the author’s name (my library contains Dawkins and Margulis side by side). Maybe my politics are already near the front in the way I write but I’m gradually more visible over time. Studying plants, viruses, climates, medicines, bodies – they are all connected. In a Gaia type way, but in ‘patches’: local inter and intra-actions, like in Anna Tsing’s Feral Atlas. Turing’s formulae for the patterns of all growth reveal a kind of chemical matrix that governs how things grow. When I think of Turing’s work on the Chemical Basis for Morphogenesis, his last work, I can’t separate his sexuality and his death from the idea of trying to come to terms with laws and exceptions for life forms, so yes, somehow biography and the author’s body, seems important.

You also work a lot with performance, and over the course of the residency you’ll be developing three live events. For the first (on 7 March) you’re collaborating with Lori E. Allen, a sound artist who you’ve worked with before. What are your processes of translating this kind of research and scientific material into performative work?

Lori studied archaeology and now works more with neuroscience, alongside her sound / music practice. She and I discuss the mechanics, languages and materiality of the sound and the stuff, trying to put it into a productive conversation together. We have started by sharing some of the things we are studying – hominid history, how sound and heat work in physics, and making form and narrative appear using some kind of logic from this. We recently interviewed Amy Donovan, a Volcanologist and Critical Geographer at Cambridge University, who gave us an idea of the sounds we can expect to hear in volcanic regions and the formations of the land as well as myths associated with volcanoes and ancient human-land relationships. We’ll be reading the book Amy edited (with Adam Bobbette), Political Geology – Active Stratigraphies and the Making of Life. And using contact mics and probes and listening. The rest is a lot of planning – what do we take, what immunisation, survival kit – or should our luggage be filled with batteries. What ‘samples’ should we (and should we not) take from the landscape, how to work there and document? Can we get a grasp on any words in the Afar language? I’ll work on physically staging the work, and Lori will be making a soundscape structure to allow the words to be contained in as fluidly as possible.