Fiona Banner is the second artist to take part in the Gallery’s year-long series of collection displays drawing from the V-A-C collection. Stamp Out Photographie combines rarely seen artworks which blur the lines between language, photography and painting with a vibrant coloured lighting system, dramatically transforming the space and the artworks shown.The artist spoke to Whitechapel Gallery Curator Omar Kholeif about the display. 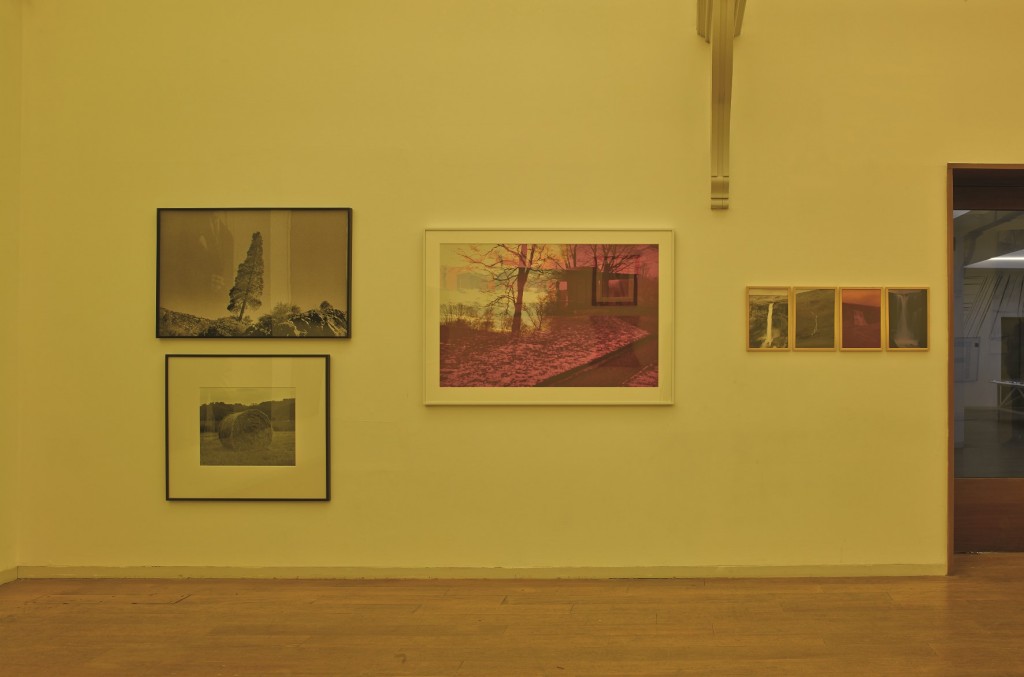 Omar Kholeif: What is it like for an artist to curate a project?

Fiona Banner: There is a strange out-of body experience when dealing with artworks that are not your own. But rather than curating, I think of it as presenting them in a different light.

OK: Because the lighting scheme you’ve chosen for the gallery is creating a sense of theatre?

FB: Yes, the works are presented in a kind of theatre. Which you could say is what an exhibition is anyway. This [display] is a very literal or overt kind of staging, here the works are performing or functioning in a room where the light is constantly changing, and the artworks are visible through changing colours and tones of light. It’s an art exhibition as theatrical performance. The viewer interacts with the works and the works interact with each other. The lighting scheme in the show runs through the CMYK sequence: cyan, magenta, yellow, key [black] – the colours used in colour printing. 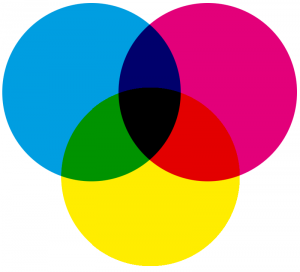 FB: Sherrie Levine’s Khmer Torso (2010) is a replica of a Buddhist sculpture from Cambodia – as a replica or stand in it’s acting a part, asking those questions about suspension of disbelief.

Within this stage there are different moments; it’s all just playing with the act of looking. The artwork is inanimate but because the light in the gallery is constantly changing, time is visibly passing – the light is animating the works. There is a sense of changing conditions. From visible to barely visible. I often think about works of art when they are asleep, boxed up, or just in the dark because the day is over – the lights are off, no eyes are there to activate the work. This is how works of art exist most of the time, inactive… So there’s a reference in the presentation to those half states. In lighting this show, the most obvious choice of colours would be RGB: red, green, blue, which is the primary colour scheme associated with electronic displays. But I prioritised CMYK – the colour language of printing, because of its associations with the photographic image and print reproduction. 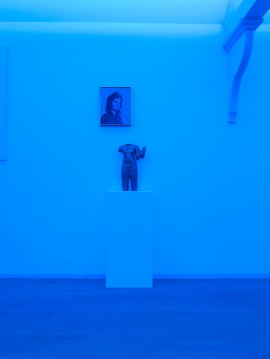 OK: Can you unpack the term ‘Stamp Out Photographie’, which you used as the title of the show? It is a statement that emerged from your interest or disinterest even, in representational photography?

FB: Well it’s a polemic that I actually borrowed from the Archive of Modern Conflict, which is itself a photo-based archive in London. The first time I was there, a poster caught my eye, which was made on an old-fashioned block printing press reusing original blocks, it shows a Bollywood he-man standing on a camera. The words ‘STAMP OUT PHOTOGRAPHIE’ are printed below (‘photographie’ not ‘photography’ – just to French it up a bit.) 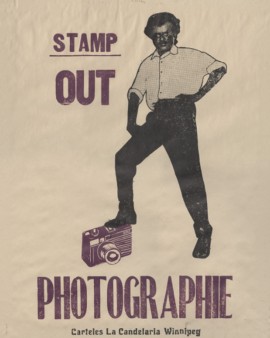 FB: I in turn took a photograph of that poster because I thought it was funny. And a print of that photo has been up in my studio for a couple of years. The Archive of Modern Conflict’s main interest is photography, so in that statement there is an embrace and a denial of the medium, if you like. A fetishising of a medium. Also, it chimed for me because I am defined as a visual artist by my infatuation with but inability to accept the photographic and filmic, or indeed the – as in any – image.