The Arts of Improvisation: Curator Matthew Harle on the films of Mike Dibb

To coincide with the ongoing film retrospective, A Listening Eye: The Films of Mike Dibb, the renowned documentary filmmaker was joined by  by the award-winning essayist and novelist Geoff Dyer on Thursday, 18 February 2021 to discuss improvisation and creative innovation.

The second month of A Listening Eye turned its focus to Mike Dibb’s work documenting the lives of Jazz, Folk and Latin American musicians. These films stand apart from his documentaries with thinkers and artists, where the arguments of critics and aesthetic interplay propel his filmmaking – here we see the films chart a different course: Dibb recording performance and improvisation, interposing live concerts with explorations of the everyday lives and creative processes of his subjects. Dibb’s works on music also traverse genre and geography: from the two films he made with the saxophonist Barbara Thompson and her husband John Hiseman, to his ruminating feature-length documentary on the career and improvisation of Keith Jarrett, to the political songs in his BBC Arena episode Fringe Benefits, to the tangos of Astor Piazzolla. 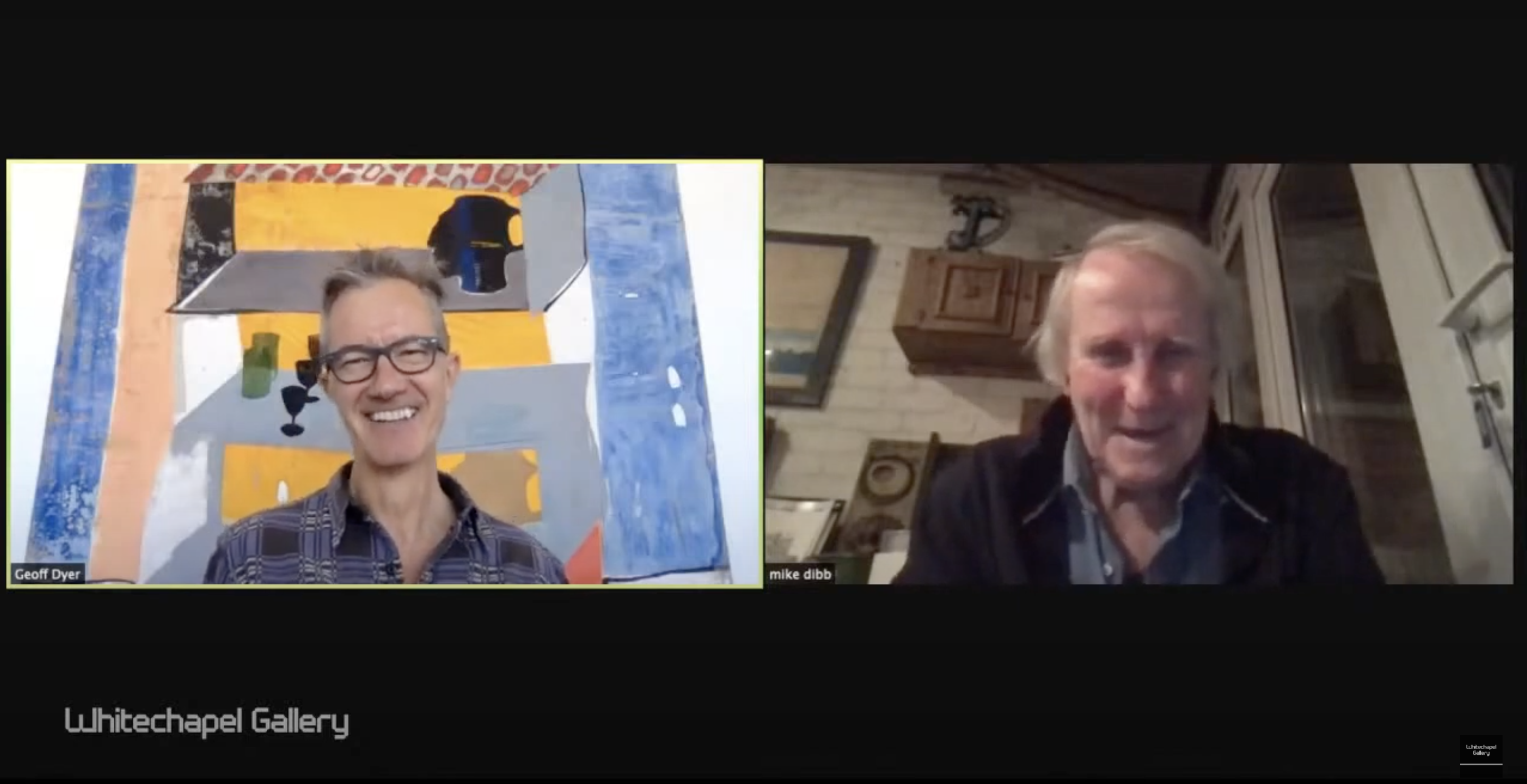 Joining Mike to discuss his long involvement with Jazz was his friend the writer Geoff Dyer, the author of But Beautiful (1991), a book of musical fictions and criticism which has since become a kind of Jazz standard of its own. Between clips of Barbara Thompson playing with Coliseum and Keith Jarrett’s Trio, Dibb and Dyer – names made for a noirish private detective agency soundtracked by Paul Desmond – discussed their lifelong obsession with Jazz.

The pair immediately noted the absence of their mutual friend, the trumpeter and biographer, Ian Carr (1933-2009). A rare (and unlikely) combination of musician and writer, Carr first made his name as a player with the Rendall-Carr Quintet and the Jazz-Rock group Nucleus, before writing biographies of Miles Davis, Keith Jarrett and co-authoring the seminal Jazz, The Essential Companion – a vital entry point for the Jazz-curious since it was first published in 1987. Just like his films on other subjects, the origins of Dibb’s musical projects are the result of a long creative partnership. Carr and Dibb were friends since the late 1960s, and worked on three films together, the process stretching over three decades. Dibb first filmed the Rendall-Carr Quintet for the BBC in 1967 and began a conversation with Carr that resulted in a documentary some 38 years later, when Keith Jarrett: The Art of Improvisation was broadcast on Channel 4 in 2005.

How do we film performance? How can a filmmaker engage with the energy of improvisation in moving image? Dyer recalled a quotation from Jarrett himself on the commitment required by a performer to achieve this creative state: “by virtue of the holistic quality of it, it takes everything to do it. It takes real time, no editing, it takes your nervous system to be on alert for every possible thing in a way that cannot be said for any other kind of music.” Though, while Dibb is granted the power of editing – much of his filmmaking is as loose and spontaneous as the music it seeks to represent. Each film, he told Dyer, begins with the camera rolling and Dibb asking a series of questions, with no form imposed. Unlike other documentarians these questions are left in the final edit – the film growing and taking shape from a series of encounters, themselves impulsive and attached to the moment shared with its subject rather than the narrative arc of the programme. 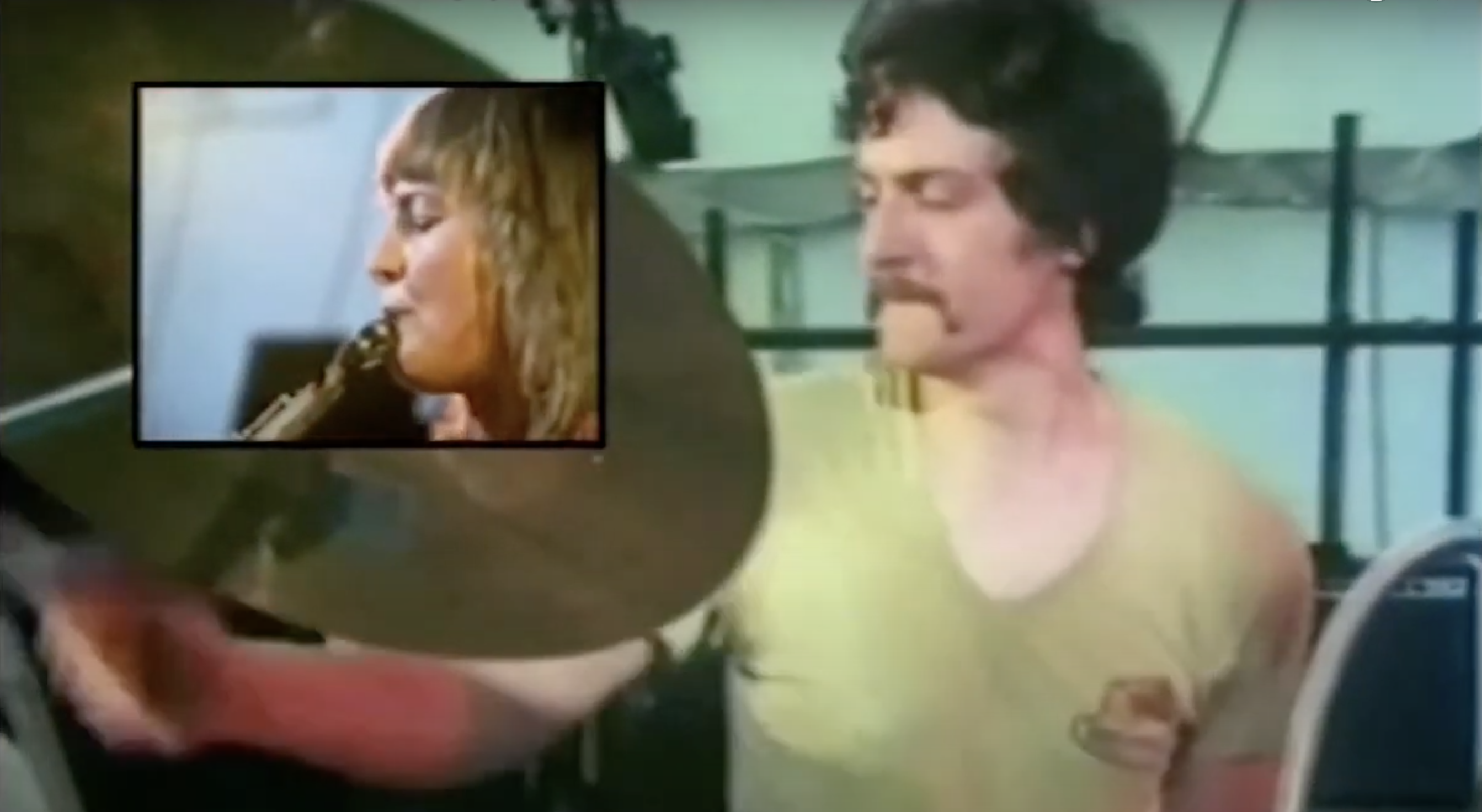 Improvisation and spontaneity were discussed in other forms. Again in 1967, the year he first filmed the Rendall-Carr Quintet, Dibb stumbled across Coleman Hawkins drinking in the corner of the Bull’s Head pub in Barnes. Hawk, alone and well-liquored, was quietly finishing off a bottle of brandy. Dibb made his advances and told him he was a junior producer working for the BBC’s Arts and Music department, and asked the world’s first virtuosic tenor saxophonist, if he would like to appear on television. Hawk agreed and was interviewed by the critic William Mann a few days later, in what would be his last personal appearance on British television before his death in 1969. The interview, like many programmes of that era, is missing believed wiped – though Dibb himself isn’t so sure. So much archive television has been rediscovered on the end of mislabelled reels or split between recordings on different formats, it is quite possible the tape exists. Archival film often survives in a kind of phantomic state, where records exist for absent films and reels of film sit in storage undocumented or misidentified, trapped as the shadows of moving images. Hawkins’ last interview is likely to sit in one of these shadow reels, both existing and not existing – evocative of the closing words of Dyer’s But Beautiful, where he notes Jazz is forever archiving itself, a confluence of temporal states where “ideas of forward and backward, the sense of past and present, of old and new dreams, begin to dissolve into each other in the twilight of perpetual noon.”