The Films of Mike Dibb

A Listening Eye:
The Films of Mike Dibb

“In a career spanning almost [six] decades, it’s possible Dibb has shaped more ideas and offered more ways of seeing than any other TV documentarian of his generation.” – Sukhdev Sandhu, The Guardian

Watch each week’s films from Friday 11am here, and read about them here.

Multi-award-winning documentary filmmaker Mike Dibb is perhaps best known for Ways of Seeing, his pioneering and vastly influential television essay on art and society made with John Berger, but he has directed dozens of important films in a career spanning six decades.

The pioneering work undertaken by Dibb across the landscape of the television documentary format operates at the forefront of radical, intellectual ideas combined with a startling facility for empathetic storytelling. Diverse by nature, Dibb’s work has traversed the fields of post-colonial literature, improvisatory jazz, and the very nature of concepts such as creativity and play, while always remaining grounded in everyday experience.

Further details on Dibb’s films can be found here.

Now in his 80th year, and completing a new multi-dimensional work about art and resilience in the cruel US lockdown of long-term solitary confinement, he is a truly collaborative and engaged maker, whose commitment and humane attention are as wide-ranging as his curiosity. Dibb’s films showcase a dynamic and nimble mind at work, consistently in pursuit of meaning in a manner which is never dogged but always exhilarating.

This comprehensive online retrospective offers global audiences a rare opportunity to encounter the work of a maker for whom culture and society, art and life are indivisible. It is dedicated to the memory of Louis Benassi (1961-2020), film-maker, comrade, friend.

Ten film programmes are shown online for one week at a time, each available every Friday from 8 January to 19 March. These are The Play of Ideas (8 – 28 January); The Arts of Improvisation (29 January – 25 February) and Conversation Pieces (26 February – 26 March).

Many thanks to series Curators Matthew Harle and Colm McAuliffe, Production Manager Rachel Amy Winton and, of course, to Mike Dibb.

We begin our A Listening Eye with a range of innovative and arguably genre defining arts documentaries made during the 1970s and 1980s, including collaborations around cricket with CLR James, culture and society with Raymond Williams, and most particularly across a remarkable range of topics with John Berger. We follow this with Dibb’s own extended filmed journeys, on such subjects as drawing (with David Hockney, Jim Dine, Ralph Steadman and others), Art and Creativity (with Peter Fuller), and perhaps most personally and importantly on the subject of Play through the five-part series ‘Fields of Play’ made for the BBC in 1982. This focussed on the significance of this key human activity in so many aspects of our daily lives, from learning, humour and creativity, to gambling, ball games, strategy and war games, from board games to the Pentagon. This series most clearly demonstrates Dibb’s aspiration to engage with complex ideas and present them in an accessible and compelling style and format, with a lightness of touch and precision of vision that attempts to dissolve the all-too-frequent division between intellectual work and our commonly shared experience.

Mike Dibb’s music documentaries showcase a remarkable sympathy towards many traditional musical forms, from the Afro-Spanish roots of Cuban Music to spellbinding Irish traditional virtuosos and the vanguardist tangos of Astor Piazzolla. They also include entirely fresh insights into the life and work of acclaimed jazz trumpeter Miles Davis and the brilliant improvising pianist Keith Jarrett, as well as into the UK saxophonist/composer Barbara Thompson’s brave and very moving struggle with Parkinson’s Disease, lovingly aided by her husband Jon Hiseman. All these films celebrate unusual lives and exceptional talent, replete with beautifully filmed performances by wonderful musicians.

This programme demonstrates the sheer range of engaged intellectual lives and ideas that Mike Dibb has documented. The writers, activists and political theorists CLR James, Stuart Hall, Edward Said and Colin Ward were all subjects of extended, career-spanning interviews not long before they passed away, each of which is available to view here in full. Dibb’s literary portraits further extend with revealing and sympathetic studies of novelist A.S. Byatt, crime writer Elmore Leonard, Chicago oral historian and broadcaster Studs Terkel, and nature writer Roger Deakin in his Suffolk farmhouse. While the film-maker’s abiding love of Latin American culture finds full expression with three full length documentaries examining the sounds, images, voices and creativity of a complicated continent. 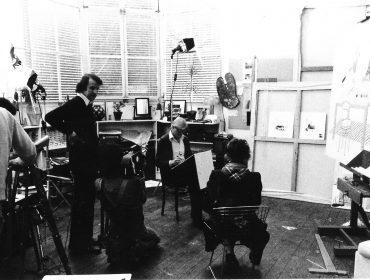 The Play of Ideas

Dibb is joined by Yasmin Gunaratnam, Reader in Sociology at Goldsmiths and co-editor of Feminist Review. 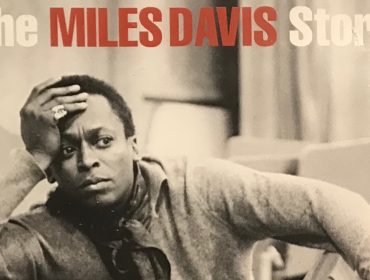 The Arts of Improvisation 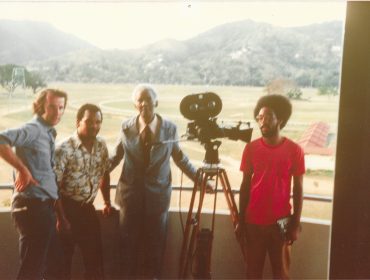 Matthew Harle is a writer and archivist from London. His most recent book, Can I Come In and Talk About These and Other Ideas? was published by Texte und Töne in Autumn 2020. He is an Archive Curator at the Barbican Centre and is currently working on two book projects: an exploration of the archive of the artist Rita Keegan, and a polybiographic study of a public directory of Berlin Jews.

Colm McAuliffe is a writer and curator from Co. Cork. His writing has appeared in The Guardian, New Statesman, frieze and many more. He is currently working on a book project tracing the circulation of French theory in late twentieth century Britain. He lives in London.

The Whitechapel Gallery is committed to making all of our events as accessible as possible for every audience member. Please contact publicprogrammes@whitechapelgallery.org if you would like to discuss a particular request and we will gladly discuss with you the best way to accommodate it.  Further information about access at the Gallery is available here.

About This Film Season