The Whitechapel Gallery is committed to making all of our events as accessible as possible for every audience member. Please contact publicprogrammes@whitechapelgallery.org if you would like to discuss a particular request and we will gladly discuss with you the best way to accommodate it.  Further information about access at the Gallery is available here.

– This event takes place online only.

– You can access this event for free through this web page and also on the Whitechapel Gallery’s YouTube Channel, here.

– This event is suitable for those over the age of 16.

– We are unable to provide British Sign Language interpretation for this event.

– We are unable to provide live closed captioning or CART for this event.

– As the event is scheduled for a total of one hour, we will not take a rest break.

– As the event is being live streamed, you can access it from your home if you have access to an internet connection.

– We do not yet know if we will be able to make the recording available afterwards.

In a very real sense, all Mike Dibb’s films are conversations – warm, astute and open – with his audiences as much as his subjects. Certainly this is the case with his films about writers and writing (including Cervantes, Elmore Leonard, Octavio Paz and Studs Terkel, to name only a few). Considering the relationship between the text, the film and the life will be award-winning essayist, novelist and campaigner Lisa Appignanesi OBE.

Lisa  Appignanesi OBE is a prize-winning writer, novelist and cultural commentator. She was the Chair of the Man Booker International Prize 2018. She was for many years Chair of the Freud Museum London and President of English PEN. A former Deputy Director of London’s Institute of Contemporary Arts, she has judged many literary prizes. She is a Visiting Professor in Literature and Medical Humanities at King’s College London and was made a Chevalier de l’Ordre des Arts et des Lettres in recognition of her contribution to literature.  Her non-fiction includes Trials of Passion: Crimes in the Name of Love and Madness,  All About Love: Anatomy of an Unruly Emotion; Mad, Bad and Sad: A History of Women and the Mind Doctors from 1800 to the Present; Freud’s Women (with John Forrester); and a biographical portrait of Simone de Beauvoir.  She is also the author of an acclaimed family memoir, Losing the Dead  and nine novels, including The Memory Man and Paris Requiem. She was awarded the OBE for services to literature in 2013. She was elected Chair of the RSL in 2016. 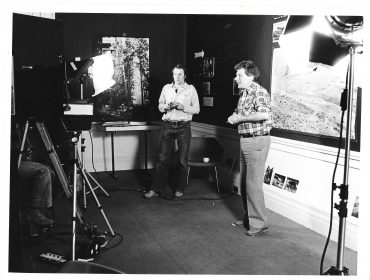