Astra Taylor: What Is Democracy?

Writer, activist and filmmaker Astra Taylor presents her latest acclaimed documentary essay, an exploration of the radical meanings of democracy, filmed internationally on location and featuring Silvia Federici and Cornel West among other key thinkers of our time.

“The old Churchillian adage is that, for all its flaws, democracy is the least worst system of government. Philosopher, film-maker and activist Astra Taylor takes a more critical view in this fascinating essay, meticulously building an argument that most western countries are being run by a really bad form of democracy. Another kind of more direct democracy is possible if we can be bothered to strive for it. But there’s a catch – that would require the complete collapse of oligarch-led global capitalism. That awkward conclusion makes this documentary a deliberate challenge to complacency – and, as a result, it’s a great watch.

Taylor travels the world meeting thinkers and activists who are troubled by the way democracy operates in their societies. She returns periodically to two main pillars of the film – group discussions at the original sites of democracy in Athens, and a large, rather strange Italian mural depicting how democracy works explained to us by Marxist scholar Silvia Federici.

This could become very dry, but Taylor smartly encourages passionate and frequently funny responses from her contributors, prodding them to riff on their discontent with our lack of power. Federici is particularly good in her mural analysis, pointing out that from the early days of European democracy, it was understood that some win under it but many lose, especially protesters dissatisfied with decisions supposedly made in their name.

Cornel West is also great value in the film, the first to mention a much-repeated concern that modern democracy excludes most people, relying on a brute majority at occasional elections but also a very small elite of representatives claiming to speak for that majority. Nothing ever changes unless either another large group rise up to complain or, more likely, a small elite do something out of the goodness – or evil – of their hearts.” –  Charlie Phillips, from The Guardian

Thanks to Maya Osborne and Verso Books.

Astra Taylor is a writer, documentary filmmaker, and activist. Her films include Zizek!, Examined Life, and What Is Democracy? Her books include The People’s Platform and Democracy May Not Exist But We’ll Miss it When It’s Gone and, as co-editor, Occupy! Scenes from Occupied America. She is a Fellow of the Shuttleworth Foundation, for her work against predatory debt. Her website is www.hiddendriver.com

Astra Taylor in London: other events 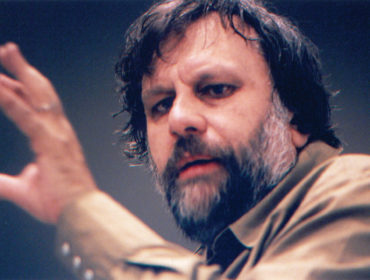