8.30pm
Joanna Dudley and William Kentridge stage A Guided Tour of the Exhibition: For Soprano with Handbag. Conceived by the Berlin-based performer and singer with the South African artist, this work gives a voice to the works in the exhibition William Kentridge: Thick Time, fighting against interpretation, demanding their right to be provisional and unstable.

9pm
Sasha Pirogova’s choreographic intervention plants dancers throughout the audience who weave through the space to create a parallel dimension of movement and meaning.

9.45pm
Alevtina Kakhidze acts as a compère of art-world insider knowledge, whispering rumours and stories with the audience to create Again About the Artists in 3 Acts.

10pm
Alexandra Galkina performs Feast In Shot Stories as the avatar-masked DJ Galqueena, exploring a hundred years of artists’ music through the lens of avant-garde pioneers shown on screen. 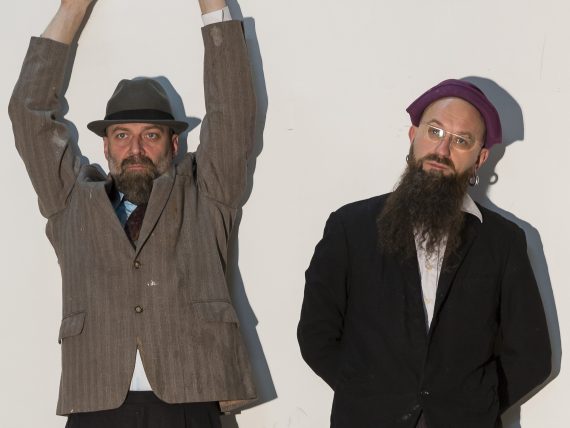 AKHE was founded in 1989 in Saint-Petersburg by Maksim Isaev, Pavel Semtchenko and Vadim Vasiliev, three members of the Boris Ponizovsky’s Yes – No Theatre Group. They started working in the fields of performance, cinema and fine art, establishing themselves as an independent art group, in both style and form.