Henri’s interdisciplinary spirit informs this season of art, poetry and music, reflecting on the experience of the city, and accompanying an exhibition of ephemera, artworks and rare footage from the Adrian Henri Archive. The display charts the development of the UK live poetry scene in the 1960s, and the rise of The Liverpool Scene, the pop poetry rock band fronted by Henri.

This is the second of three evenings of experimental performance curated by musician Thurston Moore, arts editor Eva Prinz and art historian Catherine Marcangeli, gathering leading poets and musicians from the UK and the US, who share an interest in the rhythms and sounds of urban experience.

Ted Milton took part in the jazz-meets-poetry-slams of the early sixties. An early review by Charles Fox in Jazz Monthly of February 1962 reads: ‘Ted Milton – very young rather ingenuous – could easily develop into quite a fair poet (I rather dug his line about “the sixth finger which the other ten obey”). He formed Blurt in 1979 with brother Jake Milton on drums and arts teacher Peter Creese on guitar. Their sound was rough and urgent, though not unfinished – far from it – the sparse vox-sax-guitar-drums instrumentation showed off the taut lines of Blurt’s schizo-disco-scapes, able to crowd them with claustrophobia while still keeping a clear, fresh sound. “Odes” is Ted Milton’s collaboration with laptop-musician Sam Britton, and groups Ted Milton’s various solo-recordings and collaborations outside of Blurt in a new show.

Libby Houston first read her poems in a cellar at the Edinburgh Festival in 1961, thereby setting the course of her life, now six decades of poetry, of readings, sometimes with music, most recently at the Roundhouse and the Bluecoat, Liverpool. Her books include Cover of Darkness and All Change, her poems for children retold legends, many for broadcasting. She was married to the late Mal Dean, artist, musician and son of Merseyside, and currently lives in Bristol where she works as a rope access technician and has a tree named after her.

Pete Brown is a singer, musician and poet arising from the British beat movement. In 1966, Pete was asked to write lyrics for new super group, Cream. It was this year that also saw the publication of his first book of poetry entitled, Few.  He went on to form bands The Battered Ornaments and Piblokto. In the 70s he began writing film scripts and formed a film production company and from the 80s onwards he produced many records and performed as singer and percussionist. Now in his late seventies he continues to sing live. 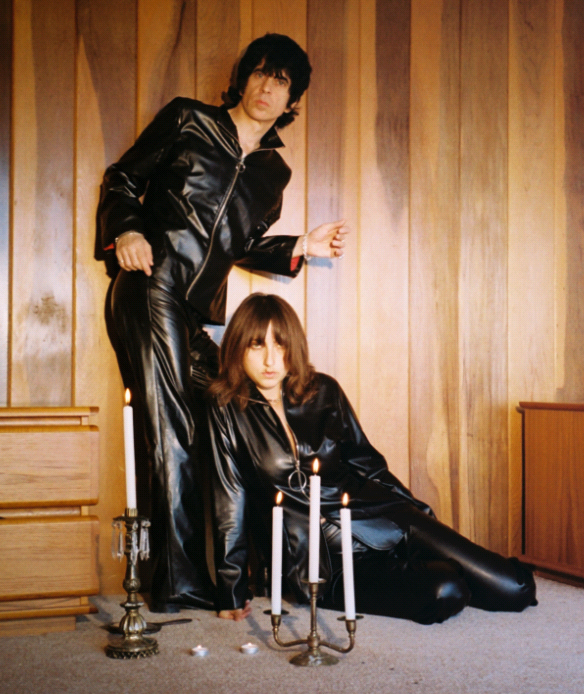 ESCAPE-ISM is formed of filmmaker-keyboardist-nightlife consultant Alexandra Cabral and Ian Svenonius – of groups The MAKE UP, Chain & the Gang, Weird War, XYZ, and author of underground bestselling books such as The Psychic Soviet, Supernatural Strategies for Making a Rock ’n’ Roll Group and Censorship Now!!. ESCAPE-ISM is the sound of violence against the state, obsessive desire, and introverted glitter, stomping on decorum, shredding constitutions, clobbering pre-conceived notions of what a group could be and what it could be used for.