The Whitechapel Gallery is committed to making our events as accessible as possible for every audience member. Please contact access@whitechapelgallery.org if you would like to discuss a particular request and we will gladly discuss with you the best way to accommodate it.

This event takes place in our auditorium, with cushioned seats that have backs.

An afternoon of screenings, readings and discussion to mark the centenary of the hugely influential Lithuanian filmmaker, poet, curator, archivist, diarist and cross-cultural documentarian.

Jonas Mekas said that if he lived to be 100 years old, he would go to the Himalayas, and everyone believed he would actually go. Unfortunately, he died in 2019 at the age of 96. But in the tradition of the expansive retrospectives that were held on his 70th, 80th and 90th birthdays, his spirit and art are being celebrated across the world to mark his centenary.

Mekas was born at Christmas 1922 in the farming village of Semeniškiai in the north of Lithuania. Being a poet and involved in his community already at a young age, he later found himself conscripted into forced labour in Germany and then, as a displaced person, banished to America at age 27, where he and his brother Adolfas scraped by as starving immigrant filmmakers.

Jonas gravitated to the New York art scene and soon galvanized a young movement of experimental film artists through his writing, programming, filmmaking, and organizing. His influence on 20th century culture internationally cannot be overstated.

This afternoon will celebrate his friendly, creative and informal ways of being in art and the world, showing Mekas’ own short films and his 1997 documentary Letters from Nowhere alongside readings and reflection from Lithuanian poet Rimas Uzgiris and London’s own Stephen Watts.

This event is dedicated to the memory of Louis Benassi, who programmed the first UK retrospective of Jonas Mekas’ work, at Edinburgh Film Festival in 2004.

The event is co-organised with and supported by the Lithuanian Culture Institute and is a part of the ‘Jonas Mekas 100!‘ programme celebrating the work of this Lithuanian-born legendary NYC avant-garde artist worldwide.

This six film programme presents a curated selection of Jonas Mekas’s short-form works made across a 51year period, showcasing the remarkable breadth of cinematic forms that he worked in over the decades. Notes on the Circus (1966), the earliest film in the programme, is Mekas’ impressionistic portrait of the classic Ringling Bros. three-ring circus, with trapeze artists, tumblers and animals colliding together in dazzling cinematic display of superimpositions, filmed in super fast or slow motion. Travel Songs (filmed between 1967–81, edited in 2003) compiles Mekas’ travels through Italy, Spain, Sweden and the USSR, documents of a “pilgrim of cinema” as he brings the films by the New American Cinema Group to new audiences or meets people like Pier Paolo Pasolini. Imperfect Three-Image Films (1995) contains a series of silent moving image haikus, while A Letter to Penny Arcade (2007) is a video letter to Mekas’s friend, the avant-garde performance artist and playwright. Filming on the day of his birth in 2014, My Birthday finds Mekas talking about his childhood through the analysis of a family photograph taken by his mother’s brother. Finally, I Don’t Know Which Tree It Comes From That Fragrance (2017) is Mekas’s tribute to Yoko Ono, a close friend for many decades.

Viewed together, these small works give viewers a window into Jonas Mekas’s life, his friendships and his unique way of thinking through filming. – Herb Shellenberger

Laiskai is Niekur (Letters from Nowhere)

“I talk about myself, my life in New York. I read my Lithuanian poetry. I fool around, have some sausage and garlic and wine, I dance, etc. Very casual.” – Jonas Mekas

Rimas Uzgiris is a poet, translator, and critic. His work has appeared in Barrow Street, Hudson Review, The Poetry Review and other journals. He is the author of North of Paradise, and Tarp (poems translated into Lithuanian, shortlisted for best poetry book of the year). He is translator of five poetry collections from Lithuanian, and translated the Venice Biennale Golden Lion winning opera Sun and Sea. He holds a Ph.D. in philosophy and an MFA in creative writing from Rutgers-Newark University. Recipient of a Fulbright Scholar Grant and an NEA Translation Fellowship, he teaches at Vilnius University. Uzgiris will read selections from Mekas’ poetry in both Lithuanian and English. Poems are selected from Mekas’ early work written in Displaced Persons camps in Germany as well as his later work written in New York, including poetry he wrote in English. Uzgiris will also read some of his own poems inspired by Mekas and talk about his personal connections to the artist.

Stephen Watts was born in 1952. He spent vital time – in place of university – in northern Scotland, especially on the island of North Uist, but since 1977 has lived mainly in the richly multilingual communities of the Whitechapel area of East London. Geographies & location (as also their negative theologies) are urgent to his life & his work. Recent books include Ancient Sunlight (Enitharmon, 2014; repr. 2020) & Republic Of Dogs / Republic Of Birds (Test Centre, 2016; Prototype, 2020). A b/w 16mm 70-minute experimental film – The Republics – was made from the latter by Huw Wahl in 2019. He’s also a translator working closely with exiled poets. His translation research was the subject of two recent exhibitions : ‘Swirl Of Words / Swirl Of Worlds’ at PEER Gallery, Hoxton, and ‘Explosion Of Words’ with the Swiss artist Hannes Schüpbach, which celebrated his 2,000-page Bibliography of Modern Poetry in English Translation at the Straühof Gallery, Zurich, & Nunnery Gallery, Bow. His Journeys across Breath: Collected Poems 1975 – 2005 has just been published by Prototype. 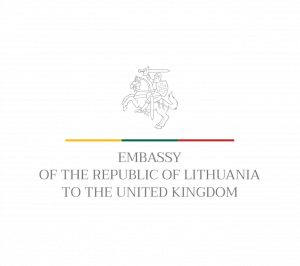