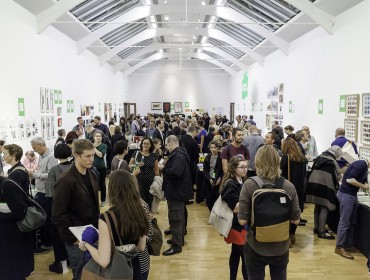 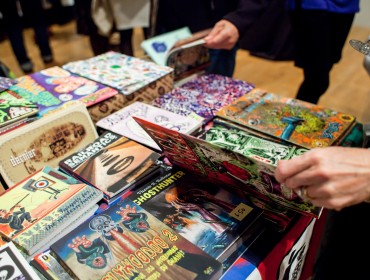 Free and open to the public, the London Art Book Fair presents the best in international arts publishing, showcasing artists’ books, catalogues, zines, rare publications and brand new releases. Returning to the Whitechapel Gallery for its seventh consecutive year, the LABF 2015 sees over 90 independent publishers and presses exhibit and sell their work over four days, from 10-13 September.

With generous support  from the Embassies of Norway, Sweden and Denmark, this year’s Fair has a Scandinavian Focus, welcoming twelve exhibitors from across the region. You can see the full list and details of exhibitors here.

Join us for a vibrant programme of related talks, workshops and book signings running throughout the weekend. Highlights include Michael Craig-Martin in discussion with former student Fiona Rae and Richard Noble, a screening and discussion with Fiona Banner, as well launches and discussions around today’s most innovative arts publishing. Throughout the weekend, Performance as Publishing will be curating a special series of events and performances at the Fair.

1pm: Shift by Marta Gnyp, published by Art and Theory.

4pm: Launch and signing:  Dear Love Who Should Have Been Forever Mine by Marie Jacotey, published by Common Editions.

12pm: Whatever Happened to my Sister by Simona Ciraolo published by Nobrow Books.

1pm: We Go to the Gallery by Miriam Elia, Dung Beetle books.

3pm: The Curator’s Handbook by Adrian George, published by Thames and Hudson.

4pm: On Being an Artist by Michael Craig-Martin, published by Art/Books (In gallery 1 at the Art/Books table).

bookRoom: On Innards
On Innards is a multidisciplinary project developed by artists, Amanda Couch, Andrew Hladky, and Mindy Lee, that explores the changing conceptualisations of guts and digestion, their impact on the creative process and the role they play in constructing and destabilising our sense of self.

ottoGraphic: The Octopus Would Like to Put a Stop to Us
ottoGraphic’s illustrated poem about animals taking revenge on humans. “ith poetry by Benjamin Heathcote and illustration, book art and production by ottoGraphic.

Hurricane Publishing: Atlas of Small and Large Observations by Cecilia Westerberg
Cecilia Westerberg’s ambitious bookwork originates from a stay in Rome where she studied a collection of old maps, instrument for land and sky surveying, map-making and navigation. The resulting publication contains original drawings on 16 spreads in a handmade book.

Akerman Daly: Flash 500
Thirty-two artists were commissioned to write exactly 500 words without restriction on content or form. Language and text-as-image is a rich area that artists increasingly use in their work and this publication investigates; what do artists need with words and what do they write about? Contributions come from Dorothy Cross, Simon Faithful, Audrey Reynolds, Susan Finlay, Charlotte Young, Mikey Cuddihy, Pamela Golden, Edward Allington, and Francesco Pedraglio.

Dung Beetle Books: We Go to the Gallery by Miriam Elia (Relaunch)
Have you taken children to a gallery recently? Did you struggle to explain the work to them in plain, simple English? With this new Dung Beetle book, both parents and young children can learn about contemporary art, and understand many of its key themes. Join John and Susan on their exciting journey through the art exhibition, where, with Mummy’s help, they will discover that real meaning does not exist, and that death is final.

Distance Over Time: Actaeon’s Silent Moment; Prelude to a Deadly Metamorphosis by Alexander Skorobogatov
The first printed work by the Russian painter Alexander Skorobogatov. This artist book engages the experience of a moment from the greek myth of Diana and Actaeon can be found within Ovid’s Metamorphoses. The printed series is encased in pull apart linen bound box, facilitated with 2 pairs of viewing holes for multiple observations.

Distance Over Time: Dodge and Burn by James Mckinnon
In this publication from Distance Over Time artist James Mckinnon defines the relationship between mans attempts to civilize society and primitive behaviours that can’t be controlled. Through his photography, he has documented the urine encrusted build housing the Helmut Newton Photo Collection in Berlin; as an appropriate location. This booklet is RISO printed with hand tapped photos in an edition of 100.

common-editions: Dear Love Who Should Have Been Forever Mine by Marie Jacotey
Marie Jacotey is equal parts storyteller and artist. Her work is full of unresolved narratives and fleeting moments, placing us in the position of voyeur as we observe quiet dramas play out in her vivid, playful style. This publication, her first artwork in book form, is a large-format artist’s book to coincide with her second solo show in London, at Hannah Barry Gallery, which opens in September 2015.

Sharjah Art Foundation: Working with Artists and Audiences on Commissions and Residencies, edited by Anne Barlow
With texts from Hoor Al Qasimi, Anne Barlow, Salah Hassan, Abdellah Karroum, Omar Kholeif, James Lingwood and Daniela Perez, this publication asks what are the future possibilities for commissions and residencies when considered in the context of broader developments in artistic practice, the increasingly uneven and shifting nature of funding, and the needs and expectations of artists, institutions and audiences.

Art and Theory: The Shift – Art and the rise to power of contemporary collectors by Marta Gnyp
In pursuing their passions and goals, collectors engage in ingenious ways with artists, galleries, museums, and auction houses. Examining the attraction of collecting, its multifaceted social sphere, and the financial opportunities it seems to offer, this book also addresses how taste is formed and identifies possible radical shifts in the art system today.

Paper Tigers Books: Calabria Upon Return by Alessandra Kila
This new photographic book by artist Alessandra Kila looks to the natural world, scientific facts and fiction for inspiration and investigates the life of objects and their sculptural potential. Departing from their literal meaning Alessandra creates rich new juxtapositions both evocative and surreal which she translates into the emotional landscapes and dreamlike worlds of her photographs.

Spriten Forlag: UR – Arkiv by Mette Karlsvik
This new publication from Spriten Forlag is a series of observations and poems of settlements on their way to disappear may be a collection of poems. They tell of Greenlandic huntsmen forced to live in Danish housing-projects in Nuuk and of a journey across Greenlandic ice; pieces of substance that carries traces from ten thousands of years. 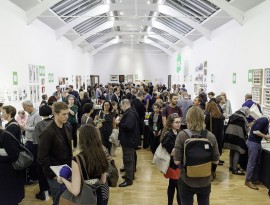 ArtReview Live: The Battle of the Books 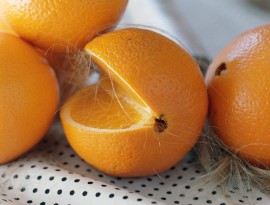 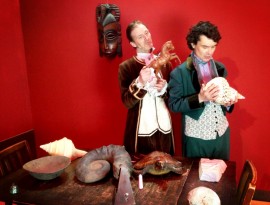 Performance as Publishing: Rhythm of Thought 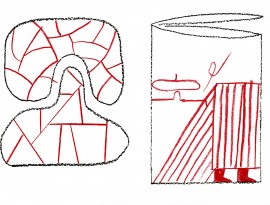 Nous Vous: Between This & That 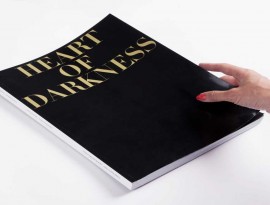 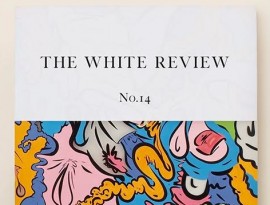 Rachel Cusk: The White Review No. 14 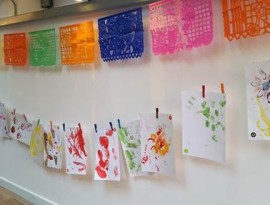 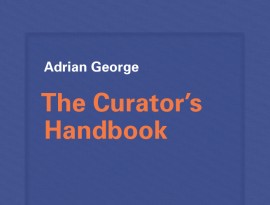 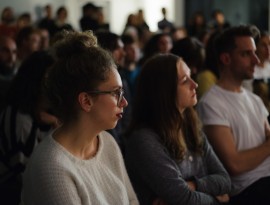 James Richards: To Replace a Minute's Silence with a Minute's Applause