The Whitechapel Gallery is committed to making our events as accessible as possible for every audience member. Please contact access@whitechapelgallery.org if you would like to discuss a particular request and we will gladly discuss with you the best way to accommodate it.

This event takes place in our auditorium, with cushioned seats that have backs.

Strangers Within: Documentary As Encounter

Join us for a day of screenings, performances and talks on the occasion of the book launch of Strangers Within (ed. Therese Henningsen and Juliette Joffé) an interdisciplinary anthology published by Prototype Publishing. Strangers Within explores the idea of ‘documentary as encounter’; through essays, stories, and other responses by filmmakers, artists, and writers. The texts engage with the risks of encounters, unsettling assumptions about the distinctions between host and guest; stranger and friend; self and other; documentarian and protagonist. Opening up a series of questions about the mystery of another person, whose difference and unknowability are already a part of one’s self, the anthology offers a multidisciplinary approach to understanding the convergences between encounter, hospitality and autobiography. 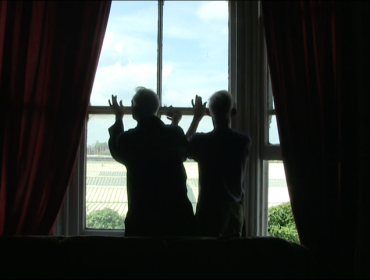 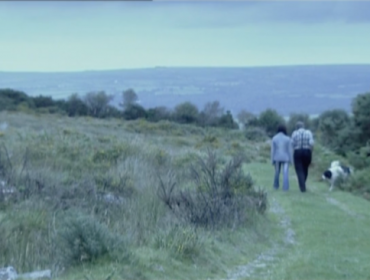 Far and Near, Xiaolu Guo 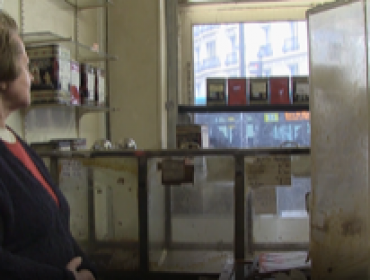 Next Year We Will Leave, Juliette Joffé 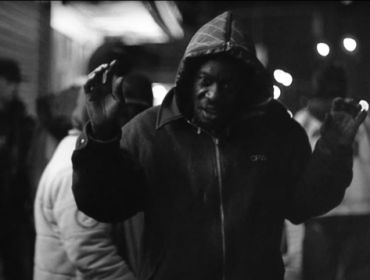 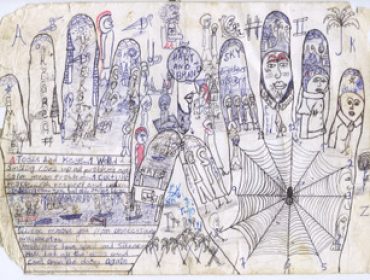 The Spider Is the Clock, Umama Hamido 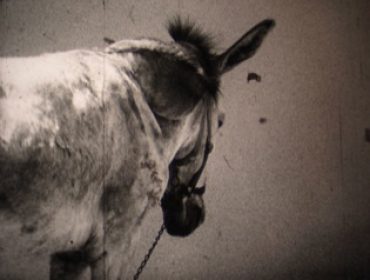 1.45pm Far and Near, Xiaolu Guo, 2003, with introduction by Xiaolu Guo
Leaving her country for the first time, a young Chinese writer wanders on a wild mountain in Wales. Through the beautiful and empty landscape, and the people she meets, she enters a dreamlike world where memories of life in rapidly developing Beijing, and a childhood in a poor fishing village, return to her. She contemplates loneliness and is unexpectedly haunted by stories of tragic deaths.

2.30pm Next Year We Will Leave, Juliette Joffé, 2021
Guided by a sentence from my childhood, I encounter three people in Paris: a collector of lost objects, a princess in Disneyland and a coffee seller. Next year we will leave is a reconciliation with my hometown through a dialogue with strangers. Through a mirroring effect, the first-person narrative echoes the stories of those filmed, questioning the possibilities of the documentary encounter.

3.45pm Psara’s Donkey, Oliver Bancroft, 2011, with introduction by Gareth Evans
A film of the only donkey on the Greek island of Psara.

4.00pm Slow Delay, Therese Henningsen, 2018
‘You’ve got something I want, and I’ve got something you want,’ he said. Twins Trevor and Raymond have lived together in New Cross for fifty years. They opened up their home to me after I approached them on a bus and asked to film them.

4.35pm Urban Rashomon, 2013, Khalik Allah
With raw honesty, photographer-filmmaker Khalik Allah explores the complex relationship between artist and subject as he reflects on his friendship with Frenchie who lives on the streets of Harlem.

5.30pm: Close and final purchases in the Bookshop

Prototype Publishing
Creating new possibilities in the publishing of fiction and poetry through a flexible, interdisciplinary approach and the production of unique and beautiful books. Prototype is an independent publisher working across genres and disciplines, committed to discovering and sharing work that exists outside the mainstream. Each publication is unique in its form and presentation, and the aesthetic of each object is considered critical to its production. Prototype strives to increase audiences for experimental writing, as the home for writers and artists whose work requires a creative vision not offered by mainstream literary publishers.
https://prototypepublishing.co.uk/

Khalik Allah is a New York-based photographer and filmmaker. Khalik’s passion for photography was sparked when he began photographing members of the Wu-Tang Clan with a camera he borrowed from his dad. The people he photographs on the corner of 125th Street and Lexington Avenue in Harlem have been his central inspiration, which also extends to documentary film with Field Niggas (2015), a chronicle of summer nights spent on that corner. Khalik shoots with a manual, analogue film camera, as photography and filmmaking form a Venn diagram in his work. His other films include the documentaries Black Mother (2018) and IWOW: I Walk on Water (2020).

Adam Christensen is a London-based artist whose working practice is primarily realised through textiles, music and installation. His research reflects upon the mise-en-scène of a subject, its construction and representation, blurring the boundaries between everyday life and fiction. Based on his immediate experiences, coloured by the theatricality of the everyday, the spectacle of domesticity, chance encounters and emotional and physical dramas, Christensen conveys these experiences through his performances. Recent exhibitions include You Might Wanna Stay Over, Rønnesbækholm, Næstved (2022); I’m not done with you yet, Goldsmiths CCA, London (2019); Criminal Longing 3, Almanac Projects, London (2019); Shitty Heartbreaker, Overgaden, Copenhagen (2018); and Staging Realities 1, Kunstverein, Hamburg (2018). He also performs with the music project Ectopia, which was Wysing Arts Centre’s band-in-residence in 2016.

Oliver Bancroft
Oliver Bancroft lives and works along the Thames river, London. His paintings, printmaking and film work have been exhibited both nationally and internationally. These disciplines will be bought together for the forthcoming project “Birds from the Dark Parts of the Map”.
Jane Fawcett

Jane Fawcett was born in Wensleydale, North Yorkshire and spent most of her youth there. She is an artist and a writer. She has exhibited, presented and published in a wide range of contexts, including at Coleman Project Space, Camden Arts Centre, PEER and the ICA in London; Triangle, Marseille; Legion Projects; TENT, Rotterdam; Kölnischer Kunstverein, Cologne; and HEAD, Geneva. She edits the magazine Friends Jobs, which asks contributors to consider their ‘jobs’ and to excavate these roles through fantasy.

Xiaolu Guo is a Chinese-British novelist, filmmaker and memoirist. Her novels include A Concise Chinese-English Dictionary for Lovers (2007) and I Am China (2014). Her memoir Once Upon a Time in the East (2017) won the National Book Critics Circle Award 2017 and was shortlisted for the RSL Ondaatje Award, Costa Book Awards and Folio Prize. Her most recent novel is A Lover’s Discourse, shortlisted for the Goldsmiths Prize 2020 and longlisted for the Orwell Prize. Guo has also directed a dozen films, including How Is Your Fish Today, selected at Sundance 2017; and UFO in Her Eyes, which premiered at Toronto International Film Festival 2011. Her feature film She, a Chinese received the Golden Leopard at the Locarno Film Festival 2009. Her documentary We Went to Wonderland (2008) was shown at MoMA, New York, and she has had retrospectives at the Whitechapel Gallery, London (2019), Greek Film Archive, Athens (2018) and Cinémathèque Suisse, Lausanne (2011). She was a visiting professor at Columbia University and Baruch College, New York. She lives in London.

Umama Hamido, born in Lebanon and currently based in London, is an artist and filmmaker. Her work focuses on lived and shared experiences of immigration, as she questions our relation to traumatic spaces and how the formation of the self is affected by separation from homeland and the exile’s gaze. Hamido has a BA in Theatre from the Lebanese University and an MA in Performance from Goldsmiths, University of London. She has performed at various galleries across the UK, including Turner Contemporary, Margate; Modern Art Oxford; Toynbee Studios, London; Mosaic Rooms, London; and New Art Exchange, Nottingham; and at festivals including Otherfiel, SPILL Festival, Dublin Live Art Festival, Les Rencontres à l’Échelle, and Arab Women Artists Now Festival. She also performs in the collaborative projects of others and teaches and translates Arabic.

Therese Henningsen is a filmmaker and programmer based in London. Her filmmaking often takes shape through the encounter with the person(s) filmed and the direction this takes. She is currently working on a practice-led PhD in Media Arts at Royal Holloway, University of London that is closely linked to Strangers Within and the idea of ‘documentary as encounter’. Her films Slow Delay (2018) and Maintenancer (with Sidsel Meineche Hansen, 2018) have been shown and exhibited at Whitechapel Gallery, London; Chisenhale Gallery, London; Venice Biennale; Close-Up Film Centre, London; Whitstable Biennale; SMK – Statens Museum for Kunst, Copenhagen; Cryptofiction; and Liberated Film Club, among others. She is a member of the film collectives Sharna Pax and Terrassen, both engaging with the social life of film. Therese came to filmmaking through anthropology and holds an MA in Visual Anthropology from Goldsmiths, University of London. She teaches on the MA Ethnographic and Documentary Film and MA Docfiction at UCL.

Marc Isaacs has made more than sixteen creative documentaries for the likes of the BBC, Channel 4 and cinema since his first film, Lift, in 2001. His films have won Grierson, Royal Television Society and BAFTA awards as well as international film festival prizes. In 2006 Marc had a retrospective at the prestigious Lussas documentary film festival in France, and his work has been included in numerous documentary books and academic studies. In 2008 he received an honorary doctorate from the University of East London for his documentary work. Marc has been a guest tutor at numerous universities and film schools in the UK and overseas, including the London Film School and the National Film and Television School. He is currently an Associate Professor at University College London. A complete box set of his films, entitled From ‘Lift’ to ‘The Road’, was released by Second Run DVD in 2018, and a full retrospective of his work was shown at the Centre Pompidou, Paris, in 2022. His latest film, The Filmmaker’s House (2021), is screening at festivals worldwide.

Juliette Joffé is an award-winning filmmaker and lecturer based in Belgium. Her films have been shown at festivals such as Visions Du Réel; FIDMarseille; Open City Documentary Film Festival, Whitechapel Gallery; Asolo Art Film Festival; and Sheffield Fringe, among others. Her first film, Maybe Darkness (Peut-être le noir), won the Wildcard for Best Documentary awarded by the Flemish Film Board (VAF). Her second film, The Hero with a Thousand Faces (Le Héros aux mille visages), won Best Short Film at Mostra Internazionale del Cinema di Genova. In her most recent film, Next year, we will leave (2021), she is interested in questioning the documentary form as a type of encounter in which the border between self and other, stranger and friend, director and character, are blurred. She currently teaches the course ‘Documentary as Encounter’ at Open City Docs School, London, with Therese Henningsen and runs the documentary course at Brussels-based art school Preparts.