This event was on Thursday 9 May, 7pm

Inspired by Walter Benjamin’s essay on art and mechanical reproduction, Xiaolu Guo‘s latest essay film is a playful relay of narratives around the real and the copied, authentic experience and the search for meaning, set in London and Shenzhen.

A Chinese artisan, in Dafen village near Shenzhen in Southern China, reproduces Caravaggios by hand (John in the Wilderness, aka Saint John the Baptist). His studio is his home, and his family all participate in varying ways in the cottage industry of reproducing western art for western consumers. In London, an Italian poet unveils the Chinese painter’s copy, which he has received as a 40th birthday gift. The poet sees a youthful image of himself in the work, but he fears the copy does not capture the real essence of the original. His philosopher friend, formerly an amateur painter, says he can repaint the copy.

The film then follows the poet, the philosopher—repainting the copy—and two other friends, an Eritrean writer, who spurns all religion but yearns for artistic redemption, and a French photographer, whose nude wilderness self-portraits echo the Caravaggio masterpiece. Each friend has some link to the painting and its theme of wilderness and wandering. The events in London are paralleled with a slice of life depiction of the Chinese artisan’s family in Shenzhen, reproducing John in the Wilderness and dreaming of a better life. This documentary tries to explore the polymorphous nature of images in a world of reproduction, and interconnections between people in different worlds joined by these images.

The screening will be followed by a Q&A with Xiaolu Guo. 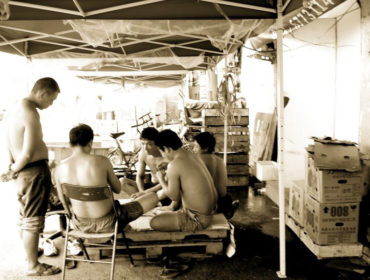 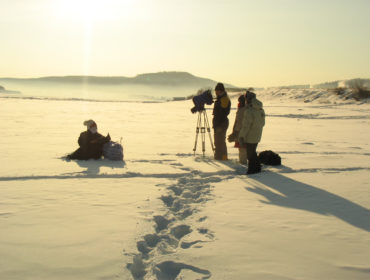