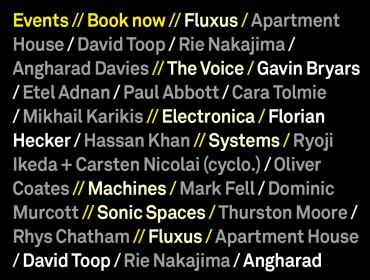 Divided into six themes, from Fluxus to Electonica and Sonic Spaces, events are on Thursday evenings and Saturday afternoons, with an accompanying programme of free film screenings. 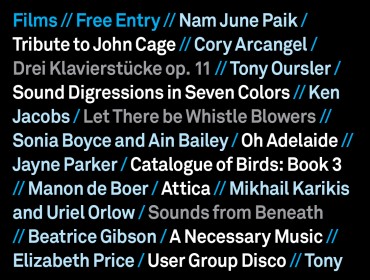 This screening programme features film works by visual artists that take an experimental approach to both image and sound. 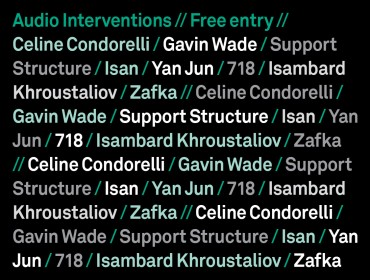 A series of audio interventions by Céline Condorelli & Gavin Wade, part of their project Support Structure, is installed in various public areas of Whitechapel Gallery on the ground and lower ground floors.

From compositions of the faintest possible sounds emitted by instruments, human bodies or electronic apparatuses, to music derived from mathematical systems and works featuring the feedback of electric guitars, Music for Museums explores the intersection of visual art and experimental music.

This season of live music and film has its roots in the 1960s when museums became a site of experimentation and collaboration between artists and musicians in contrast to the more conservative concert halls. It features a series of live performances, a film programme, and audio interventions in the public areas of the gallery by the collaborative project Support Structure by Céline Condorelli and Gavin Wade.

Music for Museums takes its name from a 2008 audio project by Céline Condorelli and Gavin Wade/Support Structure, originally commissioned by Arnolfini, Bristol.

In partnership with:
The Vinyl Factory