The collective Assemble (founded in 2010) works across architecture, design and art. For this new commission they have created a display of industrial ceramic production and handmade objects developed with Granby Workshop as part of their community-led rebuilding of a Liverpool neighbourhood.

Bricks are one of the city’s basic structural components. A brick house is assembled from these portable hand-sized units. Extracted as soil from the ground, the clay is dried, crushed, pressed, cut, often fired and then laid to give form to walls, buildings and pavement. From the raw material to the way cities are constructed and imagined, Assemble is interested in the process of ‘making-learning’.

Established by the collective with local residents, the Granby Workshop offers training and employment in experimental manufacturing processes. Embracing chance and improvisation as a working method, their products are used in the renovation of homes in the surrounding area and sold to a wider public as a way of supporting Granby’s social enterprise.

Focussing on materials, labour and production, this installation features a collection of experiments, prototypes and failures produced at Granby Workshop, shown alongside a film of Ibstock Brick Ltd, a factory with a history that dates back to the 1800s. The new products are made of a rough sedimentary brick clay abundant locally – now re-engineered in a liquid state and playfully applied to new and unlikely uses.

Brickfield reveals how places are made by people and how change can be brought about through self organisation and collective action.

Assemble are a collective based in London who work across the fields of art, architecture and design. They began working together in 2010 and are comprised of 18 members. Assemble’s working practice seeks to address the typical disconnection between the public and the process by which places are made. Assemble champion a working practice that is interdependent and collaborative, seeking to actively involve the public as both participant and collaborator in the on-going realisation of the work. 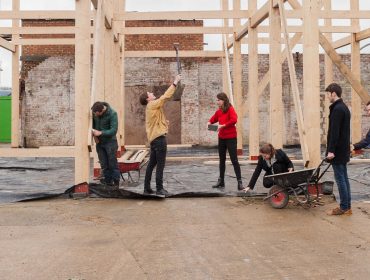 Thu 2 Feb, 7pm
Members of Assemble discuss the architecture of playgrounds and the transformative potential of play in a talk at the Whitechapel Gallery. 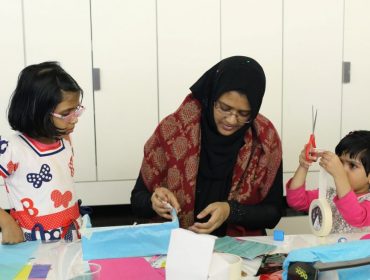