Donna Huanca (b. 1980, USA) invites the viewer to enter a multi-sensory environment in which she addresses the entangled relationship between colonialism, displacement and self-creation in artmaking. Huanca brings together antique silver objects and artworks from the Christen Sveaas Art Foundation to sit within an installation that transforms the gallery architecture into a meditative space of intimacy and reflection. Mirrored surfaces and silver spoons reflect the viewer folding them into the dialogue between the artworks and emphasising the relationship of the human body to its surroundings. Huanca often collaborates with choreographers, dancers and other artists to explore how the female body in particular relates to space and identity.

Drawing on her Bolivian heritage, Huanca has created an earthy and smoky olfactory diffusion and a recording of the artist’s father teaching her mother his native language from the silver mining regions of Bolivia. With these gestures, Huanca weaves together larger histories of European colonial wealth accumulation and resource extraction with her own family history.

Donna Huanca (b. 1980 in Chicago, US) studied at Städelschule, Frankfurt and was the recipient of the DAAD Artist Frankfurt and a Fulbright research grant.  Recent solo exhibitions include CUEVA DE COPAL, Arnolfini, Bristol, ESPEJO QUEMADA, curated by Daisy Nam at Marfa Ballroom, Marfa, OBSIDIAN LADDER, curated by Olivia Marciano at the Marciano Foundation, Los Angeles, LENGUA LLORONA, curated by Aukje Lepoutre Ravn at Copenhagen Contemporary, Copenhagen, PIEDRA QUEMADA, curated by Stella Rollig at the Belvedere Museum, Vienna and the Yuz Museum, Shanghai. Huanca currently has a major solo exhibition at the Henry Art Gallery in Seattle. In addition, she is participating in the group exhibition ARS22: Living encounters at the Museum of Contemporary Art Kiasma in Helsinki.

Christen Sveaas is a Norwegian businessman, collector and philanthropist who has collected art and antique silver for more than 40 years. He began his art collection with late 19th century and early 20th century Norwegian artists including Johan Christian Dahl, Edvard Munch and Harald Sohlberg. In the early 1990s he was introduced to the work of Howard Hodgkin which inspired him to start collecting international contemporary artists. The collection’s focus is primarily painting with some sculpture and photography and is made up of more than 2000 works of art by over 300 artists. In 1996 Christen Sveaas founded the Kistefos Museum on the grounds of his grandfather Anders Sveaas’ old wood pulp mill at Jevnaker, north of Oslo. The wood pulp mill was active from 1889 until 1955 but is still intact. The museum has one of the most important sculpture parks in Europe, an industrial museum and two exhibition spaces for contemporary art. The museum building, The Twist, which straddles the river that divides the park was designed by BIG – Bjarke Ingels Group architects, opened in 2019. The same year, Christen Sveaas established the Christen Sveaas Art Foundation which the following year received some 800 works of art from his personal collection to be made available to Kistefos as well as other Norwegian and international museums. 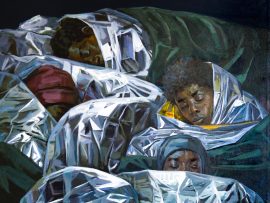 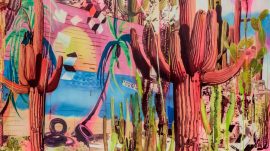 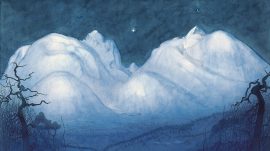